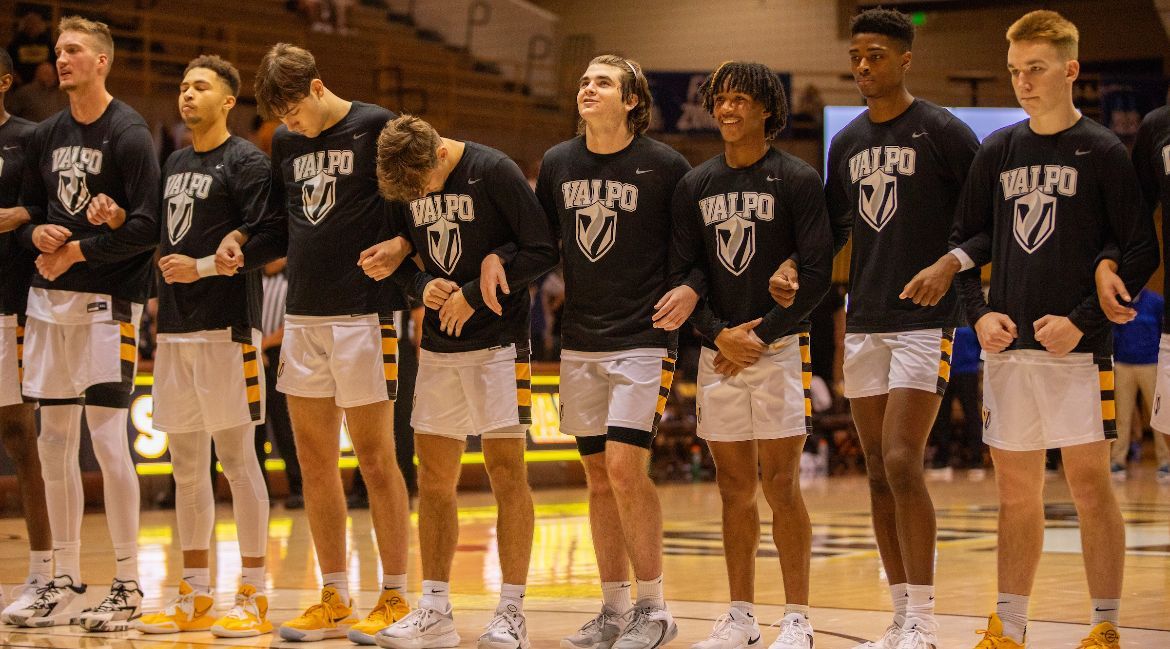 Next Up in Valpo Basketball: The Valparaiso University men’s basketball team will continue its road swing in Savannah, Ga. for the program’s annual Thanksgiving multi-team event. The Hostilo Community Classic begins on Friday afternoon as the Beacons battle South Dakota State, and then James Madison will provide the opposition on Sunday.

Last Time Out: Valpo fell 79-49 at Samford on Wednesday. The Beacons played the Bulldogs even in the second half (27-27) but faced a 52-22 halftime hole. Valpo was led in scoring by Kobe King, who racked up 20 points, while Ben Krikke collected a team-high nine rebounds. Freshman Ibra Bayu had six rebounds in 15 minutes in his collegiate debut after he had missed the first four games of the season due to a hernia.

Head Coach Matt Lottich: Matt Lottich (99-99) is in his seventh season as the head coach of the men’s basketball program in 2022-2023. Twice during his tenure, Valpo has upset Top-25 opponents, defeating Drake and Rhode Island at the ARC. Valpo has four wins over AP Top 25 teams in program history, and two have come under Lottich. In 2019-2020, Valpo became the first team in the history of Arch Madness, the annual Missouri Valley Conference Tournament in St. Louis, to reach the title game after playing in the opening round by winning three games in three days. Lottich, hired as the 22nd head coach of the Valpo men’s basketball program in April 2016, graduated from Stanford University in 2004 and New Trier High School (Illinois) in 2000.

Series Notes – South Dakota State: This will be the first matchup between these two teams since Dec. 13, 1976, an 83-72 home victory for Valpo. The Beacons dropped a close one the previous year 76-74 in South Dakota.

Series Notes – James Madison: These two teams have met twice previously with Valpo capturing both meetings. Valpo visited James Madison and earned a 79-52 road victory on Dec. 29, 2014. The previous season featured an 81-49 win at the ARC on Nov. 23, 2013.