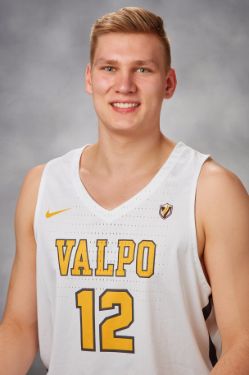 Germany: Most recently played for Bayer Giants Leverkusen, splitting time between their Pro B league squad and their youth team in the NBBL ... member of the 2017 NBBL All-Star Team, averaging 12.8 points and 8.9 rebounds per game ... posted 4.4 points and 3.5 rebounds per game in action with the Pro B team ... played for head coach Achim Kuczmann, who coached Valpo head coach Matt Lottich when he played in Germany for Giants Dusseldorf ... member of the u18 German national team at the 2016 u18 European Championships, joining a talented frontcourt to help Germany place fourth.