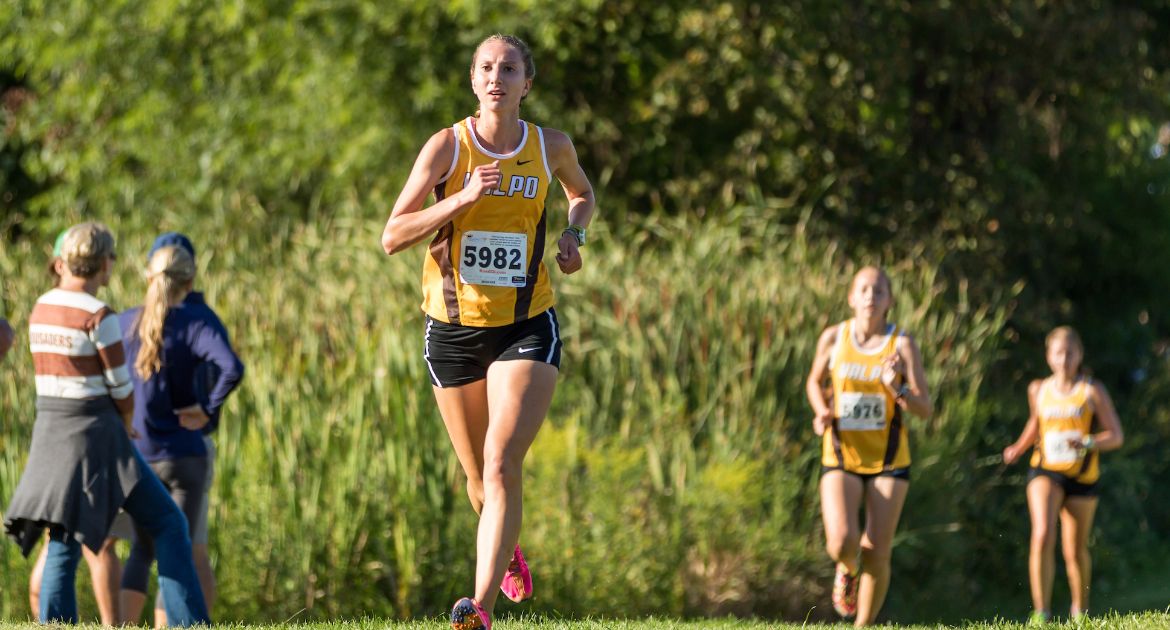 Tori Tamburrino was the third-fastest Crusader women's runner on Saturday.

The Valparaiso University men’s cross country team split into two groups this weekend, as some Crusaders stayed closer to home at the Gil Dodds Invitational in Warrenville, Ill., while most of the squad traveled to San Diego, Calif. for the USD Invite. The Crusaders finished fifth as a team in San Diego, while the men finished 12th at the Gil Dodds Invite. The women’s team traveled along to California for the USD Invite as well, garnering a sixth-place finish.

Both teams take a short break from competition and race again on Friday, Sept. 30 at the Notre Dame Invitational. The meet is slated to begin at 1 p.m. CT.