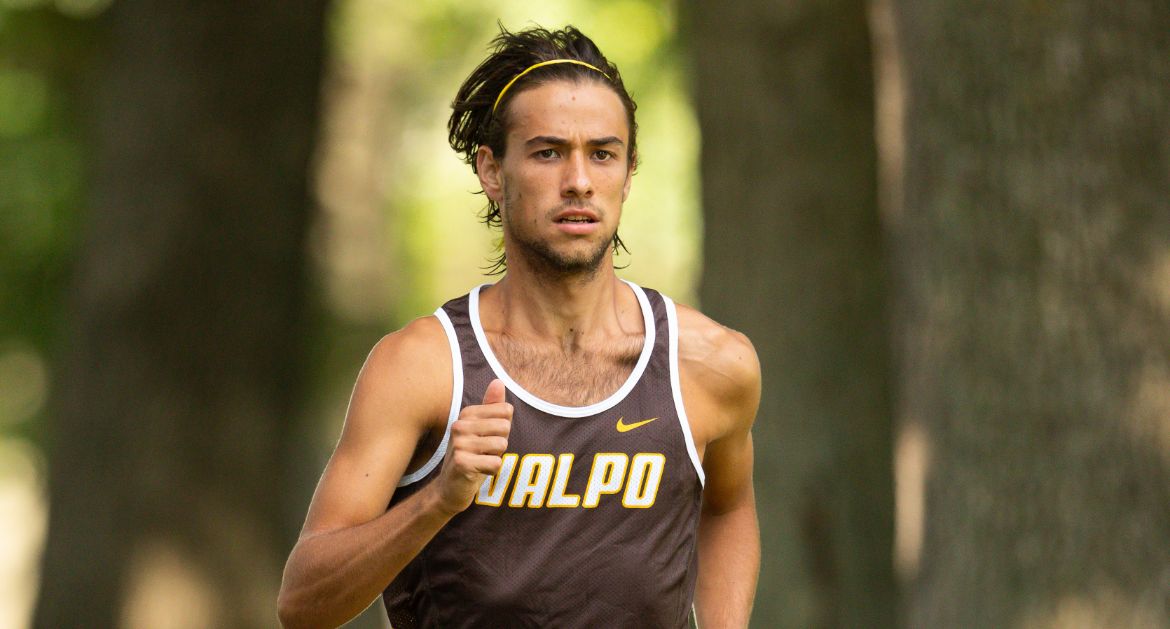 Alexander Bruno had Valpo's best time in the 8K since 2001 on Friday.

The Valparaiso University men’s and women’s cross country teams had their first road trip of the 2018-19 season on Friday as they traveled to Peoria, Ill. to compete in the Bradley Intercollegiate. The men were highlighted by a pair of Top 10 finishes, including a 10th-place finish by freshman Ignacio Veloz-Bonilla (San Juan, P.R./American Military Academy) and a fifth-place finish by redshirt junior Alexander Bruno (Bloomington, Ill./University). In the women’s race, Valpo was led by junior Katherine Germann (Cincinnati, Ohio/Finneytown), who finished 10th overall, as well as freshman Sarah Messerschmidt (Tower Lakes, Ill./Barrington), who finished 19th on the evening.

Valpo will now look to continue its momentum going into its next meet, when they will compete at the Greater Louisville Championship in Louisville, Ky. on Saturday, Sept. 29.