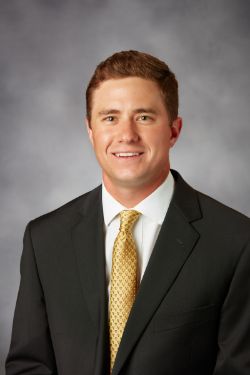 Josh Kalita is back for his fourth season as an assistant coach for the Valparaiso men's golf program in 2017-2018.

“We are very excited about Josh returning to Northwest Indiana and accepting the position of assistant coach for the men’s golf team,” Valpo head coach Dave Gring said after Kalita was hired. “A Northwest Indiana native, Josh will have an integral part of leading our program in recruiting, player development and traveling with the team to tournaments, as well as other team-related tasks.”

Kalita, a native of Chesterton, Ind., played for the Valpo men’s golf team from 2009-2013, competing in 31 events during his time as a Crusader. During his Valpo career he captained the team for three seasons, was on the Horizon League Academic Honor Roll for all semesters that he was enrolled and was named to the Horizon League All-Academic Team in 2011.

Under the coaching of Gring, Kalita was a member of the 2012-2013 Horizon League Championship team, helping the team to two other tournament titles during non-conference play.

“I had the honor of coaching Josh when he played for us on our championship team,” Gring said. “He is a born leader, in addition to modeling the academic and athletic standards that our team holds in high regards.  His resume as a student-athlete here at Valpo is absolutely exemplary, and he will continue to be a great example for our players.”