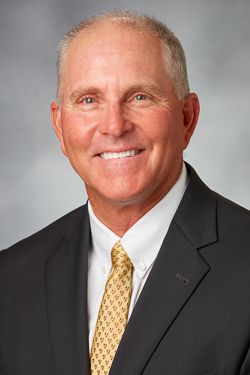 Valparaiso University men’s golf coach Dave Gring announced the addition of veteran golf instructor, coach and teacher Ron Gring to the team’s coaching staff as an assistant in April 2018. Ron Gring, an accomplished professional golfer during his playing career, brought with him a wealth of knowledge and experience and numerous accomplishments and accolades to his role on Valpo’s staff.

Ron Gring’s first four years on staff have marked three of the program’s most successful seasons since it resumed in 2009. The team scoring averages in his four seasons account for four of the top five in program history. In addition, Ron was on staff as Valpo won the 19-team Invitation at Savannah Harbor on Feb. 15-16, 2020, the first time in the program’s modern history that it came out on top in a field of 10 or more teams. Ron Gring was on hand for the 2022 MVC Championship, as Valpo finished as the team runner-up with freshman Anthony Delisanti earning an NCAA Regional berth by taking individual medalist honors.