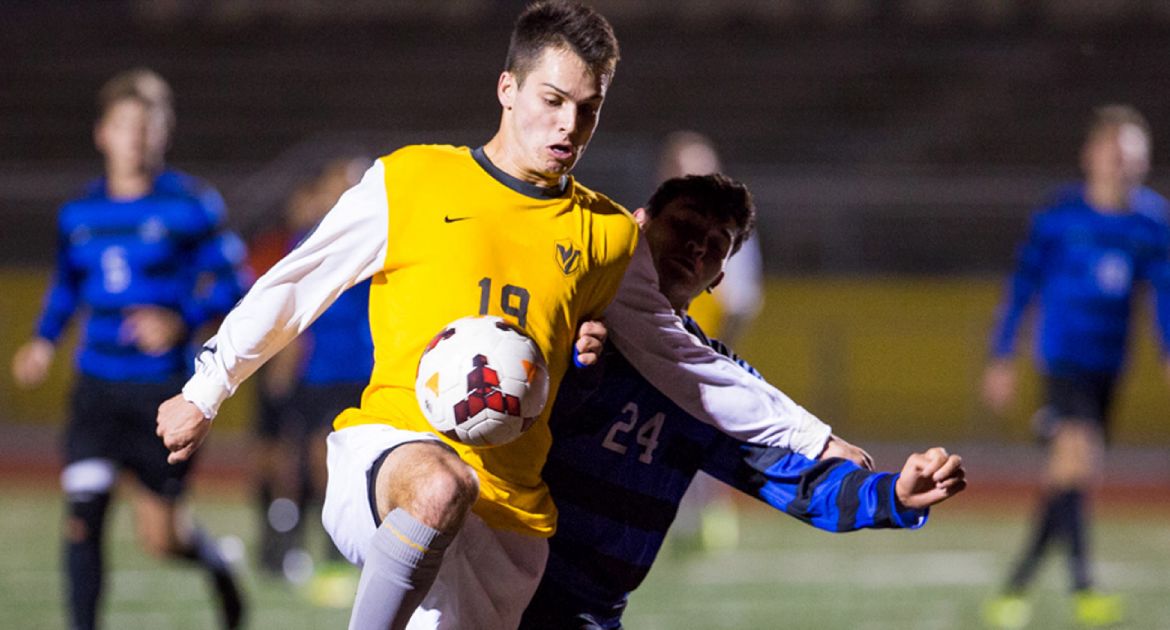 The game was even through the first half of play before a foul in the box on the Crusaders gave the Mastodons a penalty kick in the 59th minute. Tom Corey then shot one to the right of fifth-year senior goalkeeper Tom Serratore (Tinley Park, Ill./Andrew). The Mastodons goal came just 30 seconds after keeper Raphael Kotzock had stopped back-to-back blasts from junior midfielders Jordan Aidoud (Lyon, France/CEFAM) and Jacob Gandarilla (Albuquerque, N.M./Shattuck-St. Mary's).

“One of the beautiful things about our sport is that there is always drama, and part of the drama is that sometimes soccer can seem cruel,” Crusader head coach Mike Avery said. “You can have most of the ball, most of the chances, but a few timely saves and hit posts can take away what seems like sure goals. You have to give IPFW credit, though. They defended well, capitalized on a mistake, earned and converted a penalty, and walk away with the win. They earned that so we can't feel sorry for ourselves about it.”

The Crusaders defense played strong through the chilly night, only allowing two shots on goal and four overall, their lowest total since allowing four shots and one shot on goal in a win against Loyola back on Sept. 23. Serratore recorded one save as his record dropped to 1-1-0.

“What we have to do now instead is learn the lessons the game provided, and get ready for the weekend,” Avery said. “We have a big conference game coming up this weekend in Green Bay, and that has to be our focus. Tonight is gone; we don't get that game back. We can take ownership of our preparation for Saturday, so we'll get back after it tomorrow.”

Valpo (8-4-4, 3-2-1) returns to Horizon League action Saturday night when they travel to Green Bay. Kickoff is set for 6:00 pm CT, with live stats available through ValpoAthletics.com. It will also be broadcast on the Horizon League Network via HorizonLeague.com.