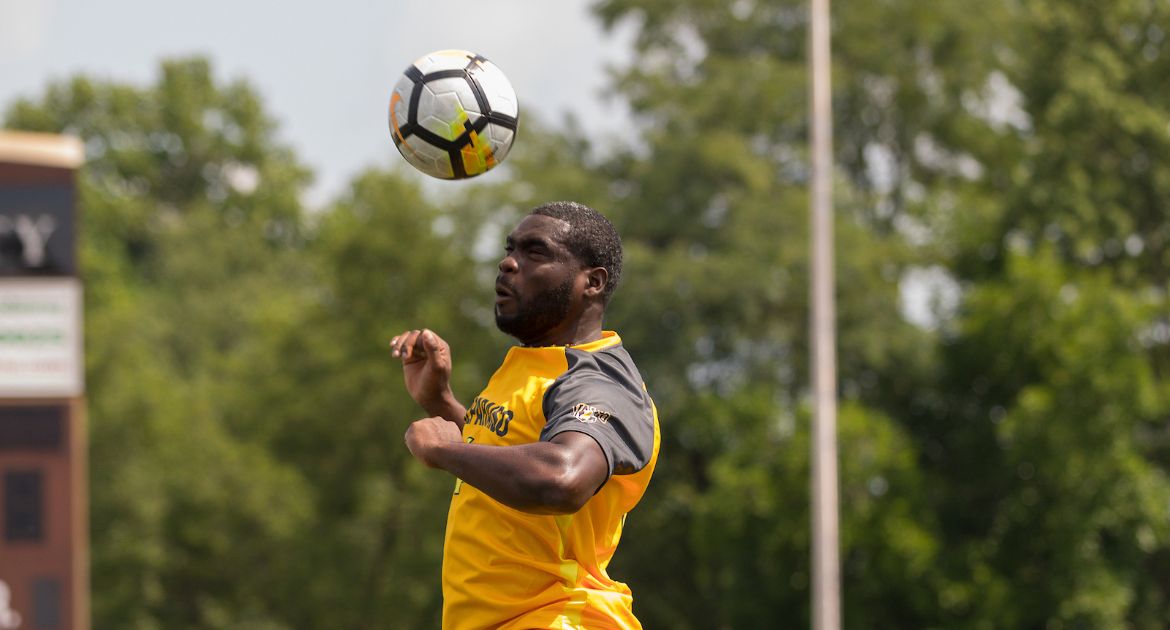 Alex Brown scored the match-winner in the 90th minute on Friday.
Valparaiso at Milwaukee | September 07, 2018

The Valparaiso University men’s soccer team earned an impressive road victory against a quality Milwaukee side on Friday night, using a header goal by Alex Brown (MayPen, Jamaica / Glenmuir [Cincinnati State]) in the 90th minute to obtain the dramatic triumph. This marked the second time in the first five matches of the year Valpo has notched a match-winner in the 90th minute or later.

“It was a tremendous team win tonight against a very good Milwaukee team. We’ve played a pretty good schedule early this season, and Milwaukee might be the best team we’ve seen. They are very well coached, they have talented players and they force you to concentrate defensively because they’re very good in possession.”

“Milwaukee gave us problems through the first half, but once we were able to catch our breath and talk through things at halftime, we absorbed their pressure very well and were able to get going in transition. We are a very dynamic team going forward, so for us it’s all a matter of defending as a unit. Tonight we did that well and the boys feel good about their performance.”

“We’re excited now to take the rest of the weekend off, maybe enjoy the popcorn festival back in Valpo, and then get back to work on Monday. We’ve been on the road for four straight games and we are all anxious to get back home next weekend and try and build some momentum before heading into conference play.”

Valpo (2-3) will return to the pitch next week for a battle with Western Illinois at Brown Field. The game will begin at 1 p.m. on Saturday, Sept. 15. After four straight road games, Valpo will play at home for the first time since Aug. 24 in what is the final fixture prior to the Missouri Valley Conference opener.