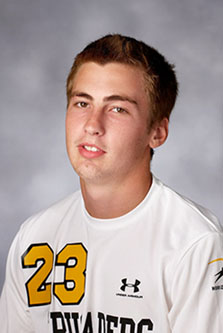 Prep: A four-year letterwinner for the Ironmen ... earned Unsung Hero award in 2007 ... helped lead Don Bosco to league championship as a junior and as a senior ... Ironmen were undefeated his senior year until state semifinals ... played club soccer for FC Westchester, which he helped to State Cup semifinals in 2005 and 2006.