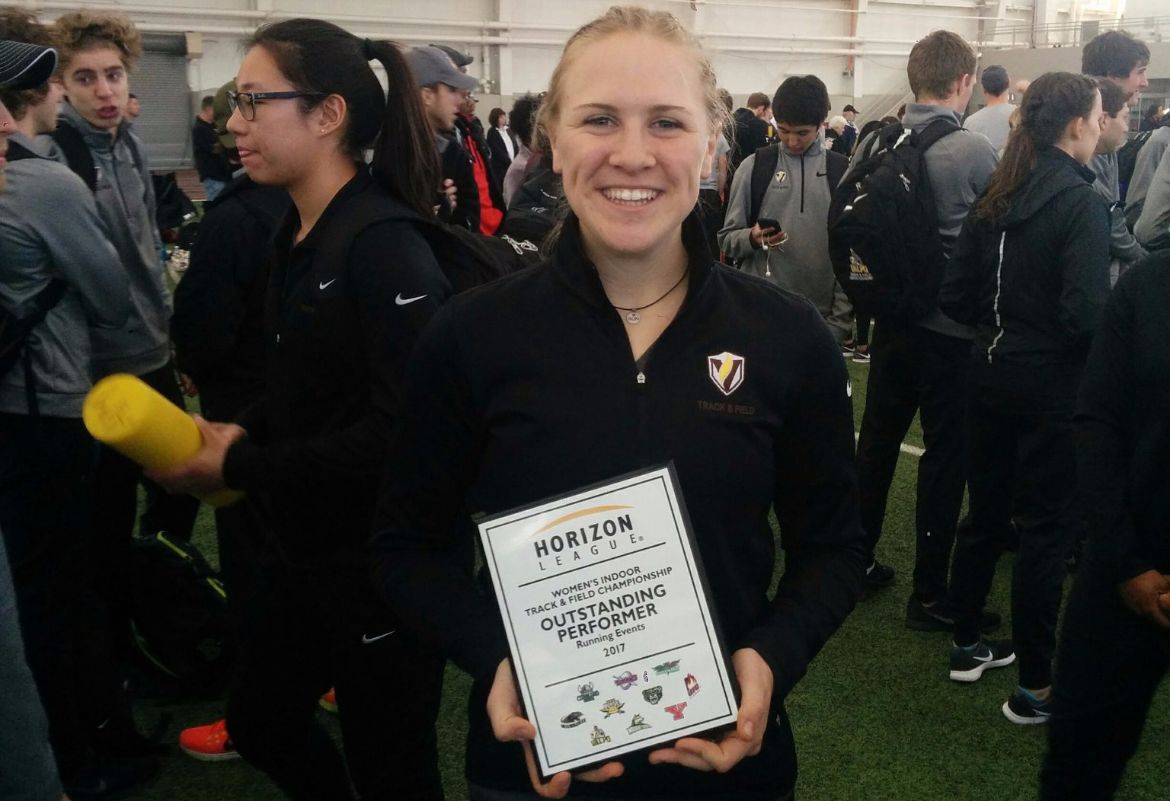 Liz Owen was named the women's Outstanding Performer in the running events for this week's Horizon League Indoor Championships.

Valpo begins their outdoor season on Friday, March 17 in the Sunshine State. The team travels to the University of South Florida to partake in the Bulls Invitational in Tampa, Fla.