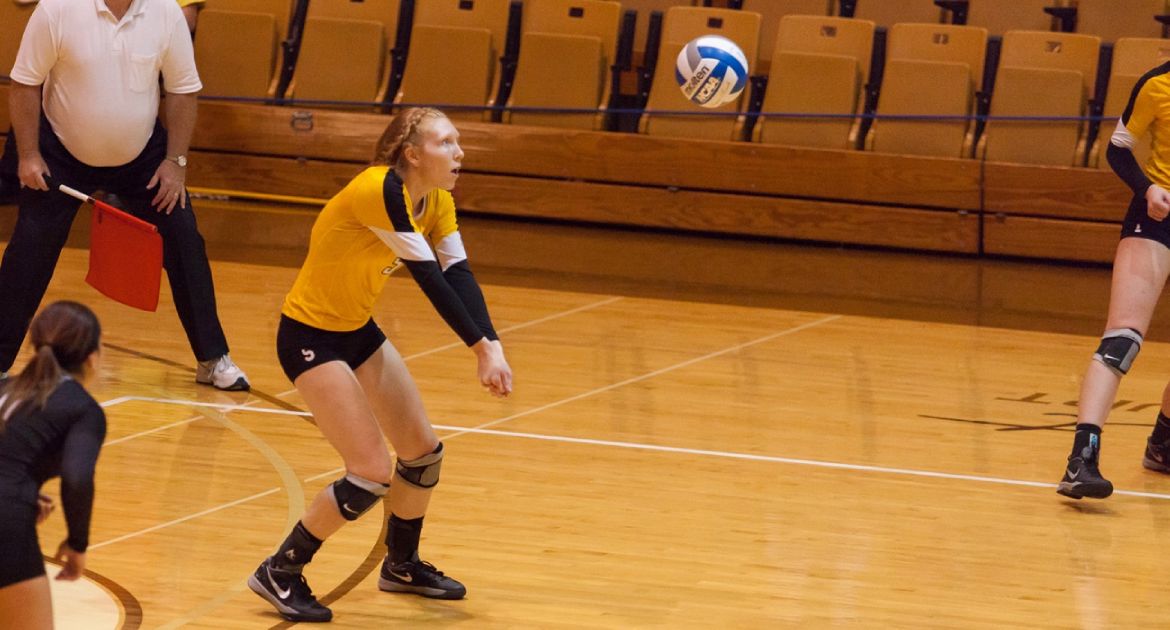 This Week in Crusader Volleyball: The Valparaiso volleyball team continues the second half of Horizon League play this weekend with the always-difficult swing through northeast Ohio, taking on Cleveland State Friday night before facing Youngstown State Saturday afternoon.

Previously: The Crusaders split a pair of matches at the ARC last weekend to start off the second half of Horizon League play. Valpo fell Friday evening to Milwaukee, 3-1, but rebounded with a three-set sweep of Green Bay on Saturday.

Following the Crusaders: Live video through the Horizon League Network, as well as live stats, will be available for both matches this weekend through ValpoAthletics.com. HLN will carry free live video of each of the Crusaders' league matches and all home non-league matches, while select matches will be covered by Valpo's student radio station, WVUR [95.1, Valparaiso], as well. In addition, most matches will have live stats available online.

Head Coach Carin Avery: In her 13th season as head coach at Valparaiso, Carin Avery has won 305 matches and has led Valpo to three league regular season and tournament titles, as well as three NCAA Tournament appearances. A two-time league Coach of the Year, Avery has coached 40 All-League recipients over her tenure as Crusader head coach. She is Valpo’s all-time leader in both victories and winning percentage, and owns 360 career victories overall as a head coach.

Series Notes: Cleveland State - Valpo is up 18-13 in the all-time series against CSU, but since joining the Horizon League, the Vikings have enjoyed an 11-6 advantage. The Crusaders are on a three-match winning streak, however, including a 3-1 win in Valpo in early October. Morgan Beil set a new program record for hitting percentage in a four-set match (.737) in that win.

Youngstown State - The Crusaders have dominated the all-time series against the Penguins, carrying a 24-7 advantage into Saturday's matchup. Valpo is 14-3 versus YSU since joining the Horizon League, including a 3-1 win earlier this year at the ARC. Emily Campbell led three Crusaders in double figures with 15 kills as Valpo hit at a .256 clip for the match.

Scouting the Opposition: Cleveland State - The Vikings enter Friday night's contest at 11-11 overall and 4-5 in Horizon League play. Maggie Hannon averages a team-best 2.71 kills/set and hits .291, while Nikki Holmes ranks among the league leaders with 4.67 digs/set.

Youngstown State - The Penguins, who take on UIC on Friday before the Crusaders come to town on Saturday, enter the weekend at 15-9 overall and 6-3 in Horizon League play, just one game out of the league lead. Four YSU players are averaging at least two kills per set, while Aly Ryan and Shannon Watson each are tallying better than one block per set.

A Look at the Standings: With one win this weekend, Valpo would secure itself a berth in the 2014 Horizon League Championship. While the Crusaders enter the weekend in a tie for fourth place at 5-4 with UIC, there's still plenty of room for movement, as they are just one game back of third place and two games back of first place.

Campbell Continues to Crush: Sophomore Emily Campbell continues to rank among the league's leaders in kills after pacing the Crusaders in both matches last week. Campbell tallied 20 kills against Milwaukee and posted a match-high 17 terminations in the win over Green Bay. On the season, Campbell has registered 4.21 kills/set, good for second in the league and 33rd in the nation. Campbell also owns the top-10 single-match kill totals for the Crusaders this year.

Beil Heads Toward the Top-Ten: Senior Morgan Beil enters this week with 1,052 career kills, just 25 terminations shy of the Crusaders’ all-time top-ten in the category, while she is also in second place in program history in hitting percentage (.278). Once she reaches the top-ten in kills, Beil will be just the fourth player in program history to rank in the top-ten in both categories. The senior is also just 30 blocks shy of the Crusaders' top-ten all-time in that category.

Berrington Racks Up the Assists: Junior Kelsey Berrington, setting in all six rotations for the first time in her career this season, has taken advantage and is nearing the 1,000-assist mark this year. Berrington needs just five more assists to reach four figures in the category for the first time in her career. The junior surpassed 2,500 career assists last time out against Green Bay, and is just 67 assisys shy of moving into seventh place in Valpo history in the category.