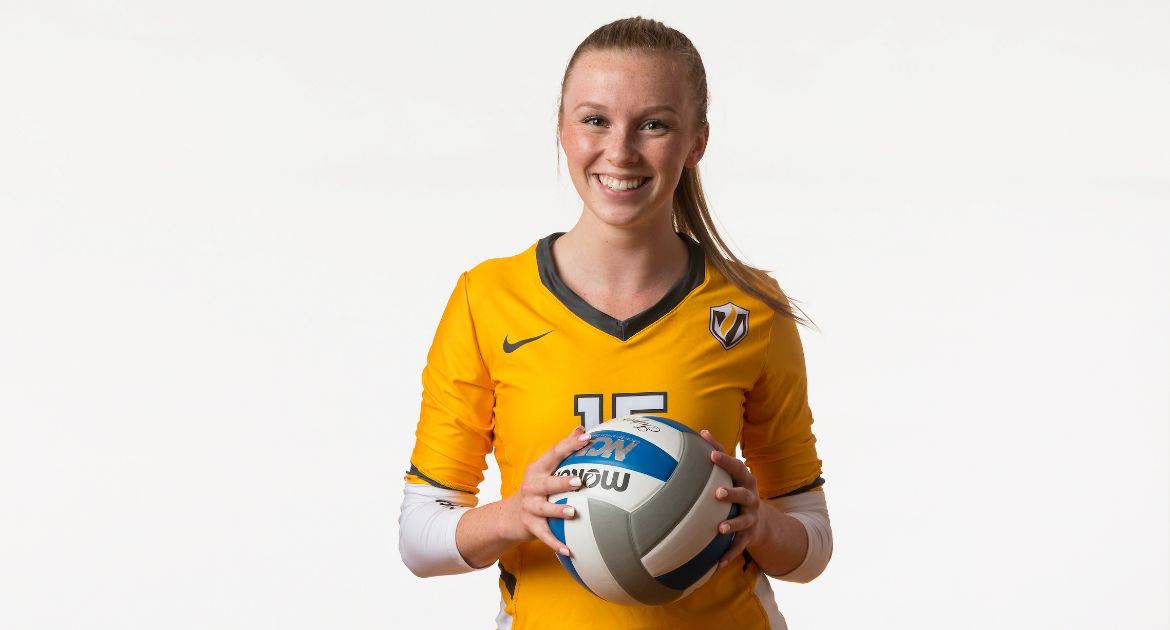 This Week in Valpo Volleyball: The Valpo volleyball team continues early-season tournament action this weekend with a short trip to the Windy City to take part in the DePaul Invitational. Valpo opens the tournament on Friday afternoon against Holy Cross, and then takes on Central Michigan and the host Blue Demons on Saturday.

Previously: Valpo went 1-3 last week, falling in mid-week action at Notre Dame and then going 1-2 at Kent State’s Golden Flashes Classic, with a win over Idaho State and losses to Kent State and Robert Morris.

Looking Ahead: Valpo’s final non-conference tournament awaits next weekend, as the Brown and Gold trek to South Dakota State for the Jackrabbit Invitational, which will also feature matches against Kansas City and Milwaukee.

Following the Action: Live stats for all three matches this weekend will be available via ValpoAthletics.com.

Head Coach Carin Avery: In her 18th season as head coach at Valparaiso, Carin Avery has won 401 matches (401-182, .688) at the helm of the Crusaders and has led Valpo to three league regular season and tournament titles, as well as three NCAA Tournament appearances. A two-time league Coach of the Year, Avery has coached 59 All-League recipients over her tenure at Valpo. She is Valpo’s all-time leader in both victories and winning percentage, and owns a 456-206 (.689) record overall as a head coach.

DePaul - DePaul owns an 18-14 advantage in the all-time series over Valpo, but it has been all Valpo recently, as the Brown and Gold have won the last nine meetings dating back to 2003. Like CMU, these two squads met just last season at the Chippewa Invitational, where Valpo swept the Blue Demons.

Avery Reaches 400: Valpo head coach Carin Avery hit another milestone in her distinguished career on Saturday evening, picking up her 400th win at the helm of the Valpo program as Valpo closed its first weekend of action with a win against IUPUI. Early in her 18th season as head coach at Valpo, Avery is far and away Valpo’s all-time leader in victories, as second place has just 92 wins. In fact, Avery has more wins in her time at Valpo than all of the program’s other head coaches combined (301).

Twice as Nice: For the second time in as many weekends to open the season, junior middle Peyton McCarthy represented Valpo on an All-Tournament Team, this time at Kent State. McCarthy hit .387 with 3.33 kills/set and 0.67 blocks/set over the three matches last weekend, highlighted by a career-best 18 kills on .467 hitting in the finale against Robert Morris. McCarthy leads Valpo in both hitting percentage and kills early this year, and ranks ninth in the MVC in hitting percentage as well. She has now earned four career All-Tournament honors, all of which have come in Valpo’s last six in-season tournaments.

Cookerly Moves Up: Junior libero Rylee Cookerly led Valpo in digs in all four matches last week, including a pair of 20-dig efforts at the Golden Flashes Classic, giving her 37 career matches with at least 20 digs. In the tournament finale against Robert Morris, Cookerly moved into seventh place in program history in career digs and enters this coming weekend with 1,550 career digs - just 103 digs from sixth position.

Setting Things Up, Part One...: While she’s setting in a 6-2 for the first time in her career, junior setter Brittany Anderson is still approaching an impressive milestone as Valpo enters the third weekend of action. Only five setters in program history have tallied at least 3,000 career assists, and Anderson needs just 70 assists to become the sixth Crusader all-time to reach the mark.

...and Part Two: Splitting time with Anderson in the 6-2 is freshman setter Leah Pease, who improved her setting percentage (percentage of sets resulting in kills) from .327 over Valpo’s first four matches to .392 over the three matches last weekend. Her weekend from a setting perspective was highlighted by her performance in the sweep of Idaho State, as Pease had 21 of her 45 sets converted into kills. Pease also closed the tournament with the first two assists/digs double-doubles of her career.

Cooper on the Block: Freshman middle Kara Cooper has been strong defensively at the net to open her Valpo career. Cooper has tallied at least three blocks in each of Valpo’s first seven matches of the season, leading Valpo in the category five times so far, including with a season-best six rejections last Friday against Kent State. Cooper is averaged 1.04 blocks/set through two weekends of play, good for fifth among all MVC players.