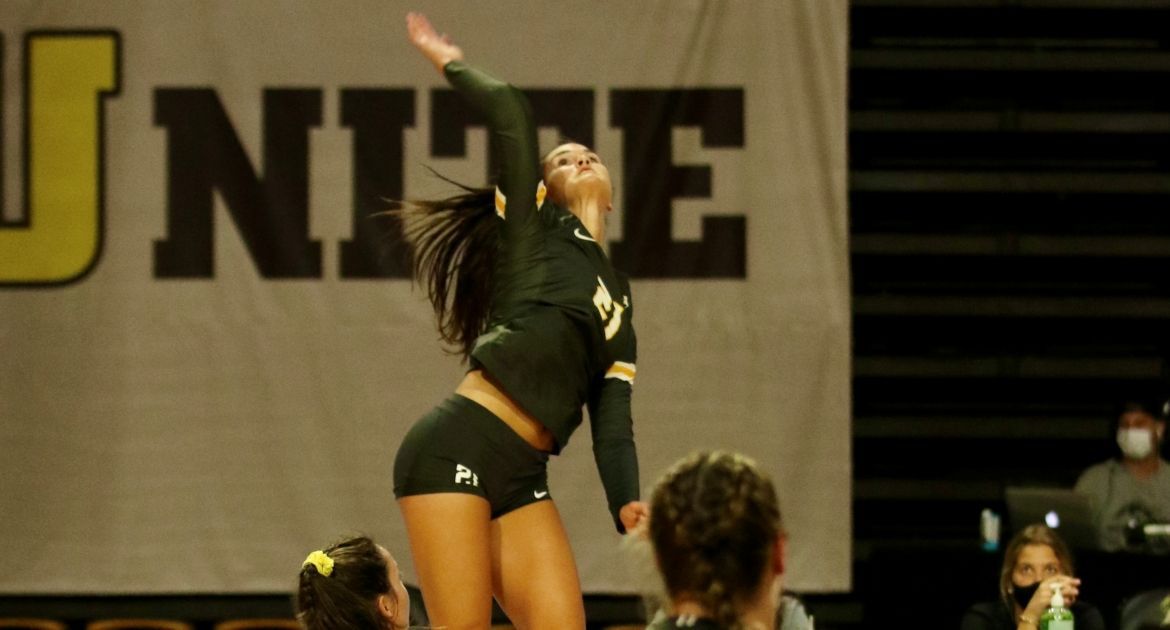 In a microcosm of the drama of the first two weeks of the season, the Valpo volleyball team found itself down two sets Saturday morning against South Alabama, won the next two frames to force a fifth set, faced a Jaguars match point in the final set and then rallied with three straight points to complete an exhilarating 3-2 (20-25, 17-25, 25-21, 25-22, 16-14) victory and claim the Golden Eagle Invitational championship. Along the way Saturday, Brittany Anderson (East Chicago, Ind./Bishop Noll) moved into third place in program history in career assists.