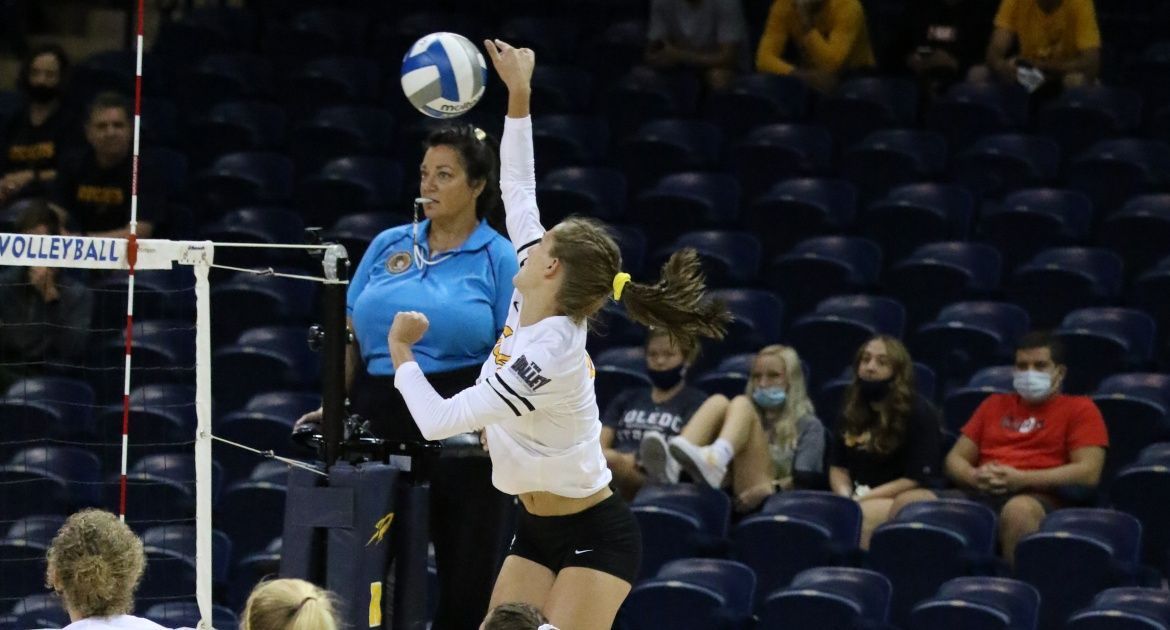 Two weekends, two tournament titles for the Valpo volleyball program, as the Beacons completed a perfect weekend at the ARC in their own Popcorn Classic with a 3-1 (33-31, 25-21, 18-25, 25-15) victory over Northern Illinois to claim the tournament championship. Saturday’s win was led by a career performance from senior Gretchen Kuckkan (Lafayette, Ind./Central Catholic [Indiana State]), who hit .489 with 25 kills — tied for fourth-most in a four-set match in the 25-point scoring era.

Valpo (6-0) will put its perfect record on the time and take aim at a third straight championship next weekend at the Akron/CSU Invitational.