November 11, 2022 at 5:54 pm
Valparaiso, IN
Attendance: 714
Preview Recap Boxscore
Volleyball Comes From Behind for Five-Set Win Over Bradley 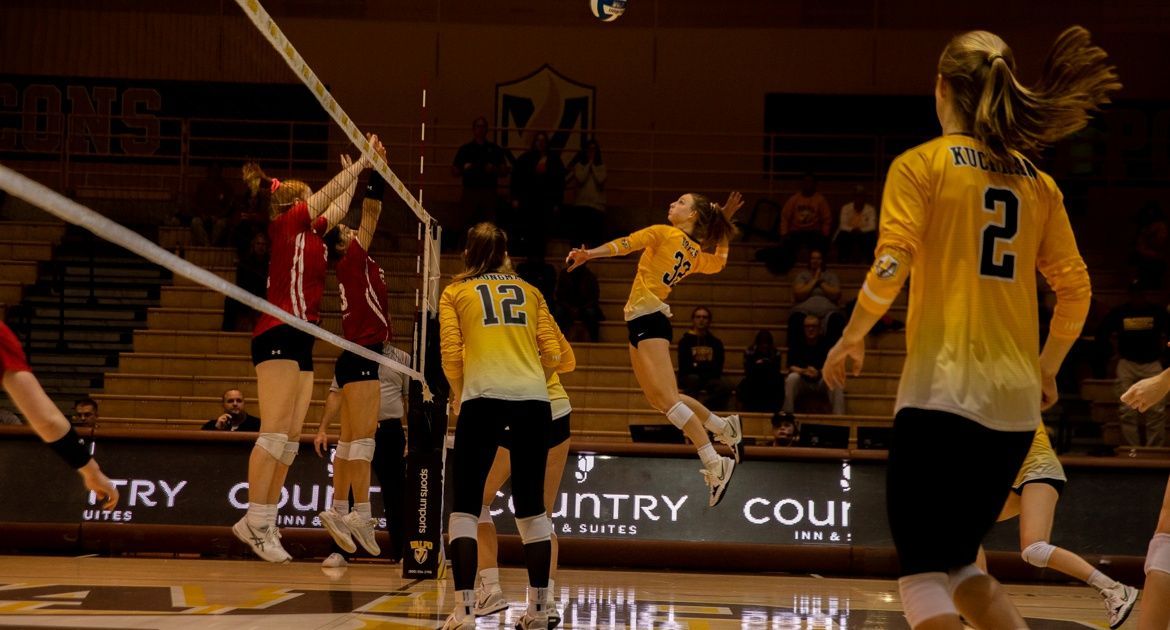 It was a typical battle in Missouri Valley Conference action at the ARC Friday night, and while the Valpo volleyball team trailed Bradley after three sets, 2-1, the Beacons kept at it to extend the match to a fifth set, where they completed the 3-2 (25-27, 25-23, 19-25, 25-21, 15-11) come-from-behind victory. The win, which secured Valpo a berth in the MVC Tournament, was highlighted by a career best in kills from senior right side Maddy Boyer (Batavia, Ill./Batavia) and by freshman libero Emma Hickey (Granger, Ind./Penn) coming just one dig away from the program’s single-match record.

Valpo (21-7, 9-7 MVC) looks not only for a weekend sweep, but to send its senior class out with a win on Senior Night Saturday evening at the ARC when the Beacons host Illinois State at 5 p.m. The match can be seen live on ESPN3.