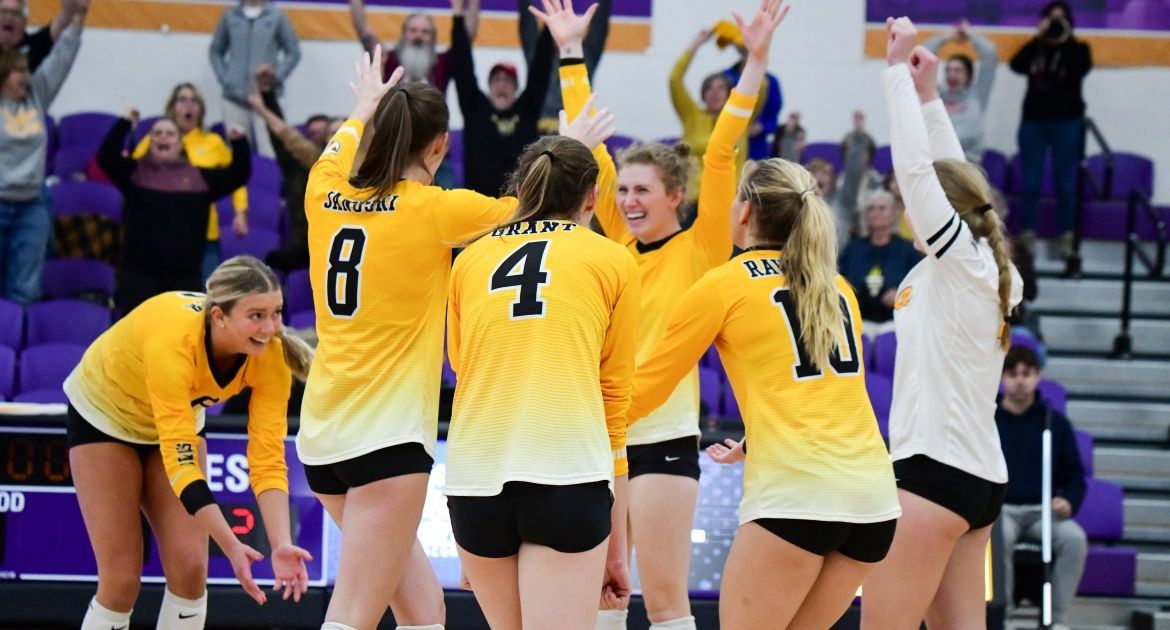 There might be no more perfect ending to a match to epitomize the spirit of the Valpo volleyball program than what occurred Sunday evening, as a diving pancake by Victoria Bulmahn (McCordsville, Ind./Mt. Vernon) led directly to a kill as the sixth-seeded Beacons closed out a 3-0 (25-22, 25-19, 26-24) sweep of seventh-seeded Murray State in the opening round of the 2022 MVC Championship in Evansville, Ind. With the win, Valpo advances to play third-seeded UIC in second-round action Monday evening at 6 p.m.

Valpo (22-9) looks to avenge a pair of regular season defeats against UIC as it faces the third-seeded Flames in second-round action on Monday evening. First serve is set for 6 p.m. on ESPN+.