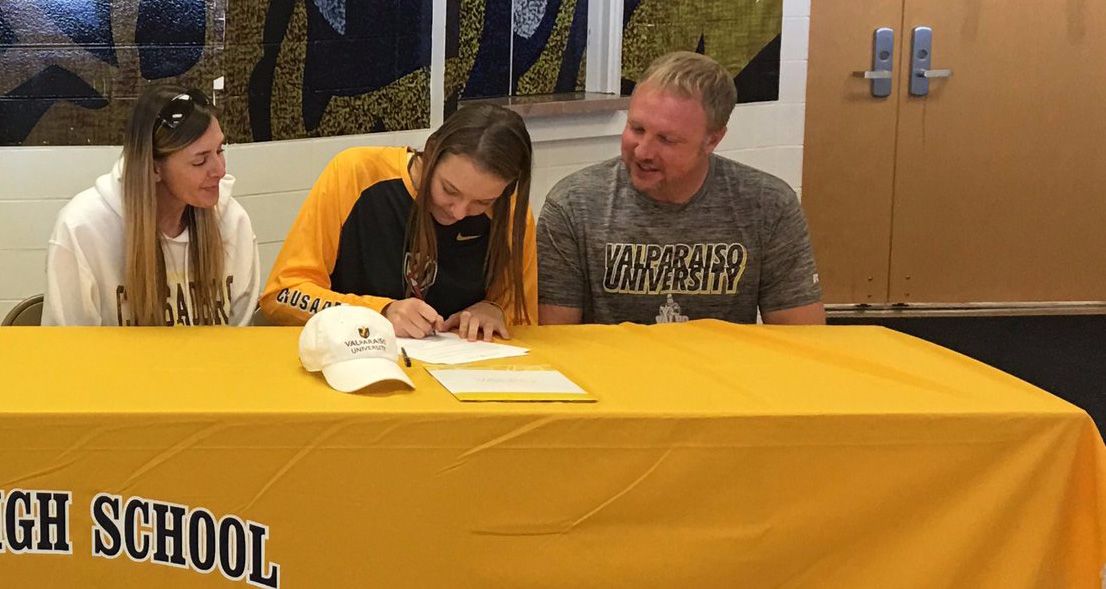 Bryce Blood signed her National Letter of Intent in November.

Blood, a high school senior who signed her National Letter of Intent in November to play for the Crusaders, is one of six players from the state of Ohio on the nomination list.

Blood averaged 12.7 points and 9.7 rebounds as a junior last season and is averaging 12 points and 11 rebounds per game during her senior campaign. She entered this season already ranked in the top 11 in Whitmer history in six statistical categories. She has shattered school records for rebounds in a single game (17), blocks in a single season (74) and blocks in a game (9).

As a junior, Blood was all-district first team, all-league first team and all-league academic team. She was also named to the Rock Holiday Tournament all-tournament team.

“She’s played at an elite level for AAU, so she’s played with and against a lot of elite players,” Valpo head coach Tracey Dorow said after Blood signed her NLI. “She’s not intimidated by people. We expect her to come in and be that banger. She’s a good facilitator and a good passer from inside. She wanted to come to a good academic school as well, and she’s excited about what we have to offer.”

The list includes players who have been selected by high school coaches, athletic directors, principals and members of the McDonald’s All-American Selection Committee. Final rosters for the game will be announced on Sunday.