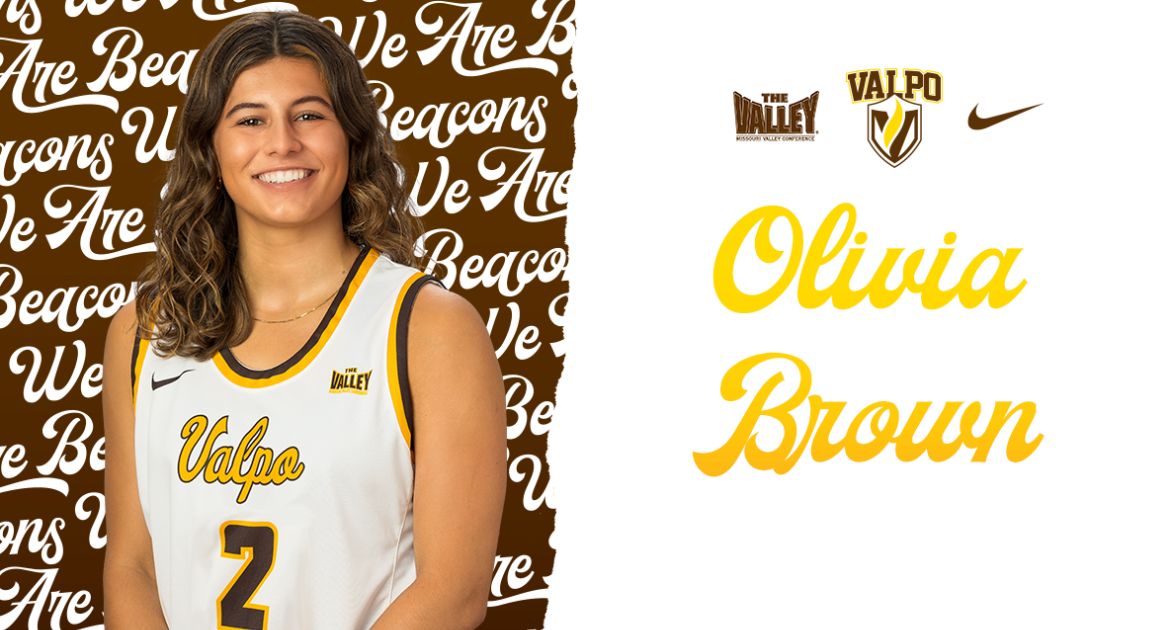 After posting a pair of strong performances which helped the Valpo women’s basketball team to its first-ever sweep of the UNI/Drake weekend of the MVC schedule, junior Olivia Brown (East Grand Rapids, Mich./East Grand Rapids [St. Bonaventure]) was named the MVC Newcomer of the Week on Monday afternoon.

Brown opened the weekend by pouring in a game-high 18 points in Valpo’s come-from-behind win over UNI. She hit 7-of-10 from the floor, including the layup with 1:15 to play in the game which gave the Beacons their first lead of the contest, and was 3-for-4 from behind the 3-point line.

Brown followed that performance with an 11-point effort on Sunday in the victory over Drake. Brown scored eight of her 11 points, which came on 4-of-8 shooting and 2-for-4 from 3-point range, in the first half to help stake Valpo to a nine-point halftime lead en route to the team’s first win over the Bulldogs in program history.

For the weekend, Brown averaged a team-best 14.5 points/game on 61.1% shooting from the floor and 62.5% shooting from the 3-point arc. Brown has scored in double figures in each of her last three games and has connected on 10 3-pointers over that stretch.