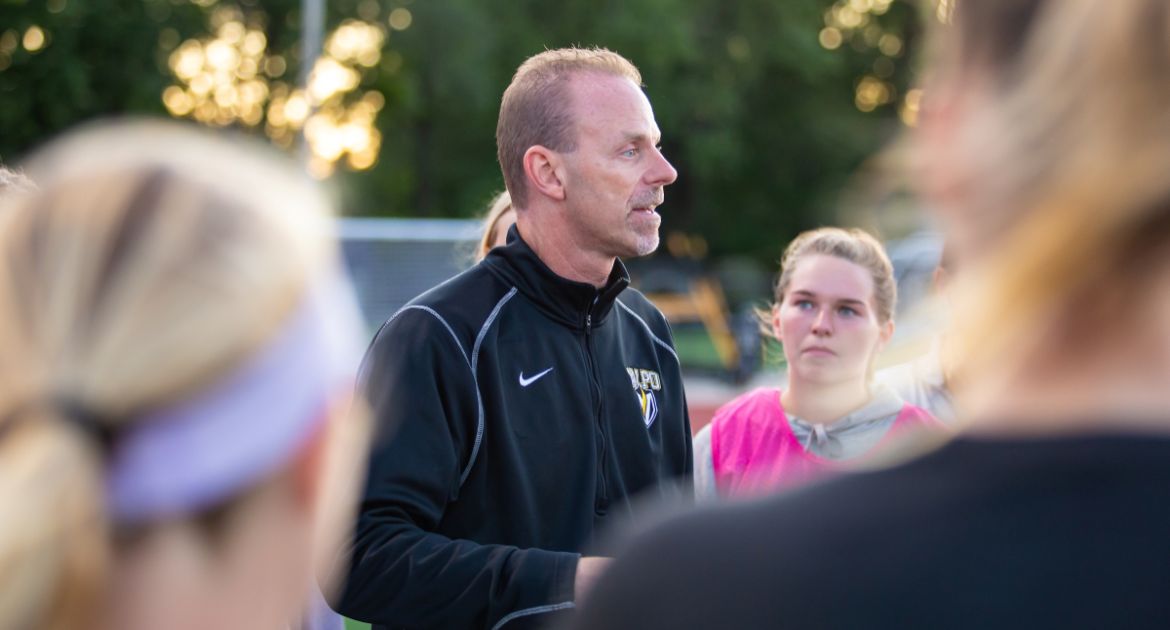 The Valpo women’s soccer program will welcome in 10 incoming freshmen to the program for the 2020 season next fall, as all 10 individuals returned their signed National Letters of Intent on Wednesday.

“I’m excited about our incoming class for next year, because we’re bringing in multiple talented players in every third of the field – in the back, the midfield, and up front,” said Valpo head coach John Marovich. “We’ve also addressed the spine of the lineup, from the goalkeeper through the #9. I think we have a talented class that's athletic, that's driven and which brings a lot of high-level experience - ECNL, DA and high school state champions, all the way up to an All-American.”

Coryell was an All-State, All-Area, All-Sectional and All-Conference selection last year as a junior for Metea Valley. She earned the DuPage Valley Conference Golden Glove award last season, posting an 0.86 GAA and nine shutouts. Coryell has helped lead Metea Valley to the regional championship each of the last three years.

Coryell on why she chose Valpo: “I chose Valpo because of the great academics and the super welcoming community here. I knew it would be the perfect fit for me!”

Marovich on Coryell: “Nikki has a wonderful command of her box – not just with her physical presence, but also with her vocal organization on all set pieces and defensive shape. I was impressed with her feet and hands during the recruiting process because they allow her to make quick and definitive decisions. I expect Nikki to fit right into our GK group and continue the tradition of outstanding goalkeeping here at Valpo.”

Dusatko was an All-Sectional and All-Conference honoree for Plainfield North. She was also team MVP, named a Chicagoland Soccer Player to Watch and earned Chicagoland Player of the Week honors. Dusatko helped her club team take first place in the Midwest Regional League and advance to the State Cup semifinals.

Dusatko on why she chose Valpo: “I felt like I had met my second family while I was on campus for the first time. I know the academics and athletics will help me reach all of my goals.”

Marovich on Dusatko: “I was impressed with Lindsey's ability to finish inside the box and her pace to get behind the back line. She makes thoughtful runs to unbalance the defense and create space for herself and others. Lindsey will add another player in the attacking third that can play back to goal and hold onto the ball under pressure.”

Eckstein has been a First Team All-District and an All-Academic selection as well as team captain at Carmel H.S. She helped lead the Greyhounds to the Indiana state title as a junior in 2018 and a state runner-up finish as a senior in 2019. Eckstein has also served as a captain for her club team and helped FC Pride 02 to a top-eight finish at ECNL nationals.

Eckstein on why she chose Valpo: “The size and environment are perfect for me and the team seems like one big family, which I love!”

Marovich on Eckstein: “Cassidy is a dynamic central midfielder who covers lots of ground, with the ability to play either in an attacking role or in a defensive role. She does the hard work in tackling, but also opens up the game by moving the ball with solid decision-making in possession. Cassidy has proven that she can score out of the midfield as well.”

The addition of James to the Valpo program brings a two-time All-American to campus. A multiple-time First Team All-State honoree and All-District recipient as well, James has been instrumental in helping lead Carmel to the state championship as a junior and state finalist finish as a senior, in addition to four consecutive conference titles. James also knows what its like to win hardware at the club level, as she has been part of six state championship teams.

James on why she chose Valpo: “I chose Valpo because it reminds me of home. I felt a connection and a sense of family throughout the entire campus.”

Marovich on James: “Kelsie is a pacy attacking player who has proven that she can score at every level of her career. She is effective in front of goal, but can also finish from distance. Kelsie has the ability to also play out on the flank and use her speed to work the wide part of the fields with quality service into the box.”

Mares has been named a First Team All-League performance multiple times for Castle View, and has led them in both scoring and assists in both 2017 and 2018. She has been named an ECNL Player to Watch each of the last three years, was the high scorer for Colorado Rapids ECNL in 2014, 2015 and 2016, and was named the Colorado Storm Player of the Year in 2015.

Mares on why she chose Valpo: “I chose Valparaiso University because the coaches made me feel very comfortable and welcomed. When I left my visit, I could see myself going to this school and spending the next four years of my life there.”

Marovich on Mares: “Hannah is another attacking player who has proven to have the ability to score goals from the central area of the forward line. Her ability to use fewer touches to create scoring chances in the congested central area of the park is one of her greatest strengths. Hannah adds yet another player that can play with back to goal and set the ball into the midfield to help us in the counter and while maintaining possession.”

Ray was a member of four teams which won Ohio North State Cup titles, as well as a squad which finished third at the US Youth Soccer national championship. Ray was also an ODP holdover player in Region II in 2014.

Ray on why she chose Valpo: “Not only did I choose Valpo because of the soccer program, staff, and the education, I chose it because of the atmosphere around me when I first stepped onto campus back in 2017. It was the first campus that made me feel at home. I want to make an impact and leave my mark the best that I can at Valpo in the near future.”

Marovich on Ray: “Chase is a strong ball winning midfielder who will bring a real presence into the middle of the park. She makes really sound decisions in possession, creating overloads and finding the swing pass to take advantage of a numerical advantage. Chase's technical ability allows her the opportunity to play in all thirds of the field centrally.”

Snowden helped Lakota West claim the Ohio D1 state championship in 2019 and was named her team’s defensive MVP. In club action, she helped lead her side to US Club national finals, an OSSL championship and a spot in the Ohio State Cup finals.

Snowden on why she chose Valpo: “Valpo was a perfect fit both academically and athletically. Academics are of utmost importance and Valpo offers a wide variety of majors. Coach Marovich and the team made me feel welcomed and at home from the beginning.”

Marovich on Snowden: “Madison plays in the back line and has the ability to play either central or out wide. She has a high work rate and willingness to do all the tough work in defending. Her ability to organize and five cover will be her greatest strength during her freshman year.”

Strausberger was an All-Conference and All-Sectional selection as a junior in 2019, and earned Rookie of the Year honors in 2017. She helped Team Chicago 02 Elite to a spot in the State Cup finals in 2019, as well as an undefeated record in the Midwest Regional League Premier I Division.

Strausberger on why she chose Valpo: “I chose Valpo because it is close to home, the school has a nationally ranked engineering program, and the soccer team has a great, positive atmosphere.”

Marovich on Strausberger: “Payton is a central defender with sound 1 v 1 defending ability and an understanding of the shape and movements of the back line. She does a good job of positioning and reading the game. Payton has solid technical ability and a mentality to tackle with a presence in the back line.”

Summers has been a standout throughout her high school career, twice earned First Team All-State honors after receiving Second Team All-State recognition as a freshman. A First Team All-District choice each of her first three years, she helped lead Noblesville to the Indiana 3A state title this year. Summers has played alongside Eckstein and James at the club level as well.

Summers on why she chose Valpo: “I chose Valparaiso because it felt like home. It is a perfect environment for me to continue my soccer career.”

Marovich on Summers: “Jensen is a central defender who has the ability to connect passes out of the back. Her ball-winning skills in the air will add to the depth of our back line. Jensen has a calm demeanor on the park, which allows her to deal with the stress of playing under pressure.”

Zalot has been a three-time All-League selection for Pennsbury, helping lead her side to four league championships and a district title, as well as two appearances in the Pennsylvania 4A state tournament. She earned a spot in a senior All-Star game and has been an ECNL PDP selection.

Zalot on why she chose Valpo: “I chose Valpo because when I visited, it felt different than when I had previously visited other schools. I felt that the team and the school as a whole offered exactly what I was looking for, both athletically and academically.”

Marovich on Zalot: “Gabby is a very technical player with the vision to create and execute the final pass behind the back line. Her vision and ability to link all thirds together will be her biggest strength coming into her college career. Gabby has the mentality to take players on, which will give her the flexibility to play in a flank position stretching the defense and winning the endline.”