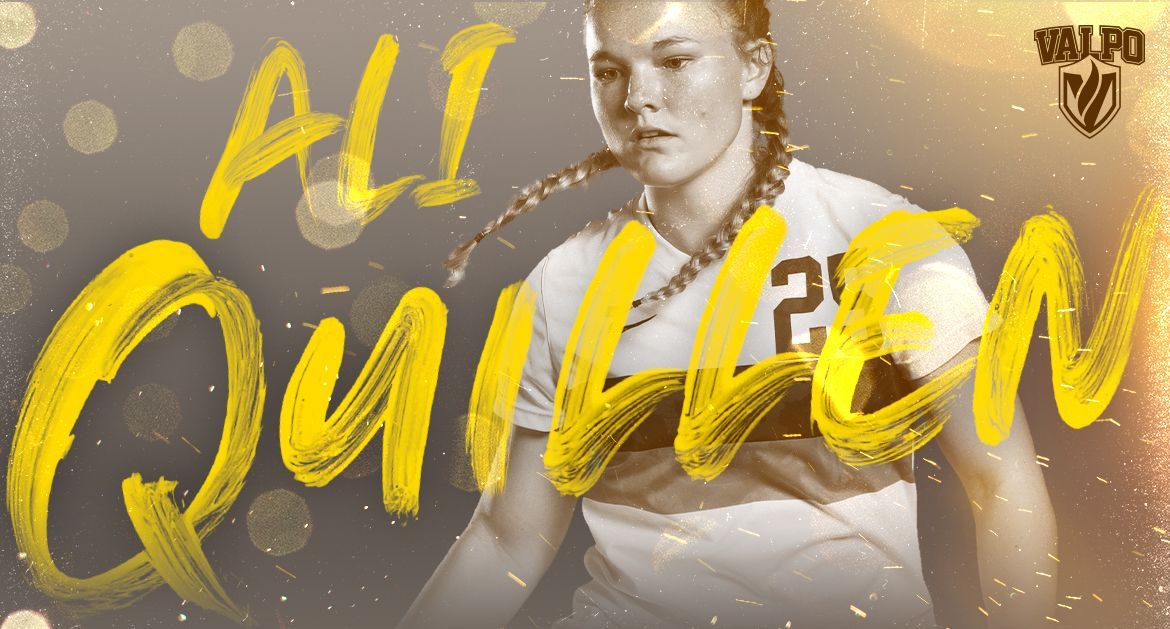 Former Valpo women’s soccer player Ali Quillen (Beavercreek, Ohio/Beavercreek) has been named one of four recipients of the Missouri Valley Conference postgraduate scholarship awards, as announced by MVC Commissioner Doug Elgin on Thursday. The $5,000 postgraduate scholarship is awarded to graduated student-athletes who have exhibited exemplary academic and athletic performance.

A stalwart on defense throughout her time at Valpo, Quillen missed just one match over her four-year career and started 70 of Valpo’s 72 fixtures over the past four seasons. She was a Second Team All-MVC selection in 2019 as a senior and also earned a spot on the MVC All-Tournament Team for her work in her final career match. Of her 70 career starts, Quillen played every minute on the back line in 64 of those contests and had a streak of 2,525 consecutive minutes played which spanned from September 2017 through September 2019.

Quillen was just as impressive in the classroom during her time with the Brown and Gold. She graduated from Valpo this spring with a degree in exercise science and a minor in human biology, finishing with a 3.96 cumulative GPA. Quillen earned a spot on the MVC Scholar-Athlete First Team as a senior and was honored with the MVC Commissioner’s Academic Excellence Award each of the last two years. She also received the Valpo Outstanding Student-Athlete Award each of the past three years and has earned Valpo Presidential Academic Honors all three years as well. Quillen is pursuing a doctorate in physical therapy.

To be eligible for consideration, recipients must have achieved a cumulative GPA of at least 3.40, participated with distinction in an MVC championship sport for at least two seasons at the nominating institution and must graduate from their institutions within 18 months following selection at the spring meetings of the Faculty Athletics Representative Committee. Also, the recipients must be accepted for postgraduate studies at an institution of higher learning at the time of receipt of the scholarship, and the recipients must have completed eligibility for participation in intercollegiate athletics in the academic year in which nominated.