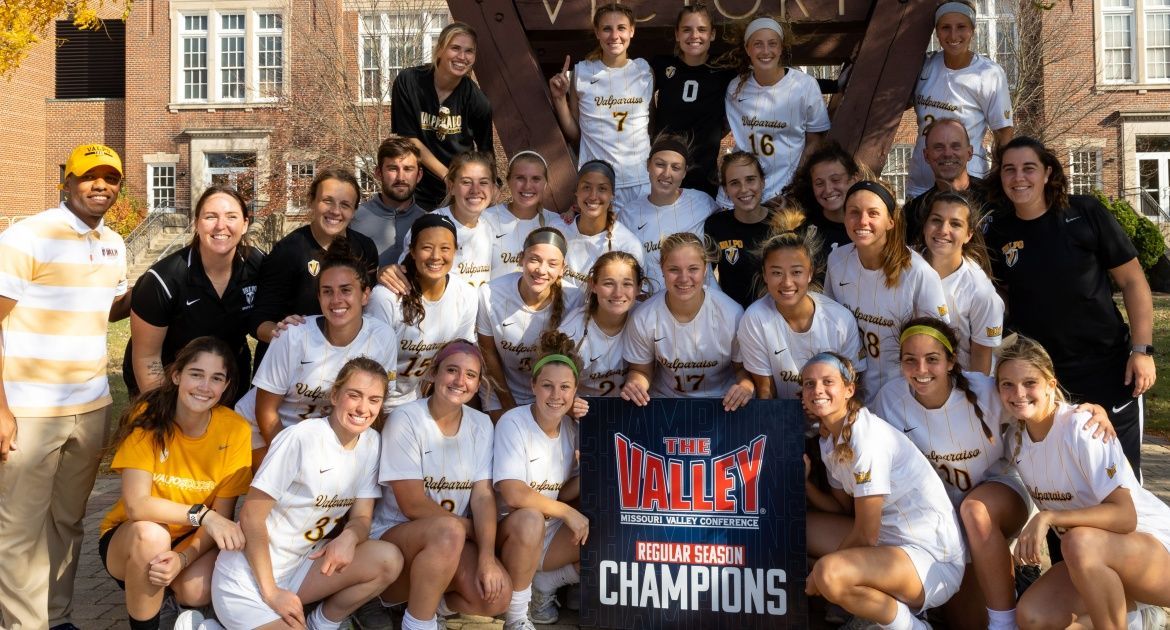 It was a dream Sunday for the Valpo soccer team and Valpo Athletics, as the Beacons took care of their business with a 4-1 win on Brown Field over Indiana State in the regular season finale. Minutes after Valpo’s win ended, the score went final in Normal, Ill. — a 4-2 Illinois State win over Missouri State which made the Beacons outright MVC regular season champions. The conference title is Valpo’s first in any team sport since joining the Valley.

Inside the Match and the Season

“This is truly a team championship. We’ve needed every single player to play their role and to be ready to step up when called upon. To a player, everyone stepped to the forefront and accepted that challenge. I’m just really proud and super humbled to get to coach them.”

“This group has been a resilient group — they’ve battled every day, stuck to our process and not allowed the results to become part of the conversation. I’m especially proud of how they’ve stayed the course through the season, and now they get to call themselves regular season champions.”

“I thought we came out on the front foot today, created some really good chances through both flanks early in the match. It was a bit unfortunate we didn’t put one of those early ones away. Ultimately though, we were a little too deep with some of our positioning in the wide channels. We addressed that at halftime and made adjustments for the second half, executed well and got ourselves into good spaces.”

“So many good performances all over today. Hilly did a great job combining on the right flank with Lindsey. Andrea steps up and plays the second half as our 10, that was really big and that’s how you win a championship, having players step up like that. I’m so happy for her goals, especially since her family was able to be here today. Addy does what she’s been doing all year, coming off the bench and being a spark in the attack. Emma continuing to fill in at center back, makes a great play to keep Indiana State off the board early in the first half.”

“We’ll enjoy this accomplishment for a day or two, because the work this group has put in deserves the chance to celebrate a tremendous achievement. This is just the first of our goals, though, and we’ll turn our attention to be focused on the tournament this week — we still have more to play for in front of us.”

Valpo (8-6-4, 7-1-2 MVC) earns a bye to the MVC Tournament semifinals with Sunday’s win and will host the semifinals and title match as the one seed. The semifinals will be held on Thursday, Nov. 3, with the championship match at 1 p.m. on Sunday, Nov. 6 on Brown Field. The Beacons will learn their semifinal opponent next Sunday.