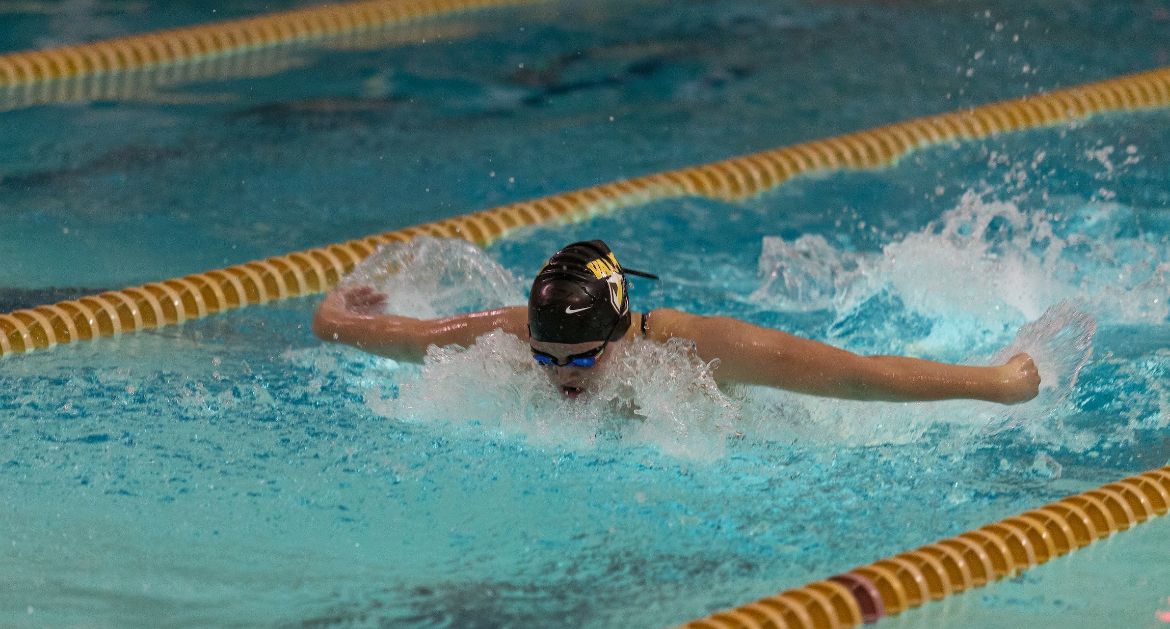 Erica Martins moved into third position in Valpo history in the 100 fly Sunday.

Valpo freshman Isabel Jenny (New Albany, Ohio/New Albany) continued her tremendous first season in the Brown and Gold, lowering her program record in the 100 back, as the Valparaiso University men’s and women’s swimming teams wrapped up the 2018 Phoenix Fall Classic on Sunday, placing fifth and fourth – respectively – out of the 11 competing schools. Freshmen Billy Bennett (Libertyville, Ill./Libertyville) and Dominic May (Naperville, Ill./Naperville Central), as well as junior Erica Martins (Hartland, Wis./Lake County Lutheran), each had solid Sunday efforts as well, continuing where the team left off yesterday as they found their way into Valpo’s record books.

Valpo will now break from competition for the holidays, returning to action at the ARC Pool on Friday, Jan. 18 with a meet against Rose-Hulman. Events are slated to begin at 5 p.m. CT.