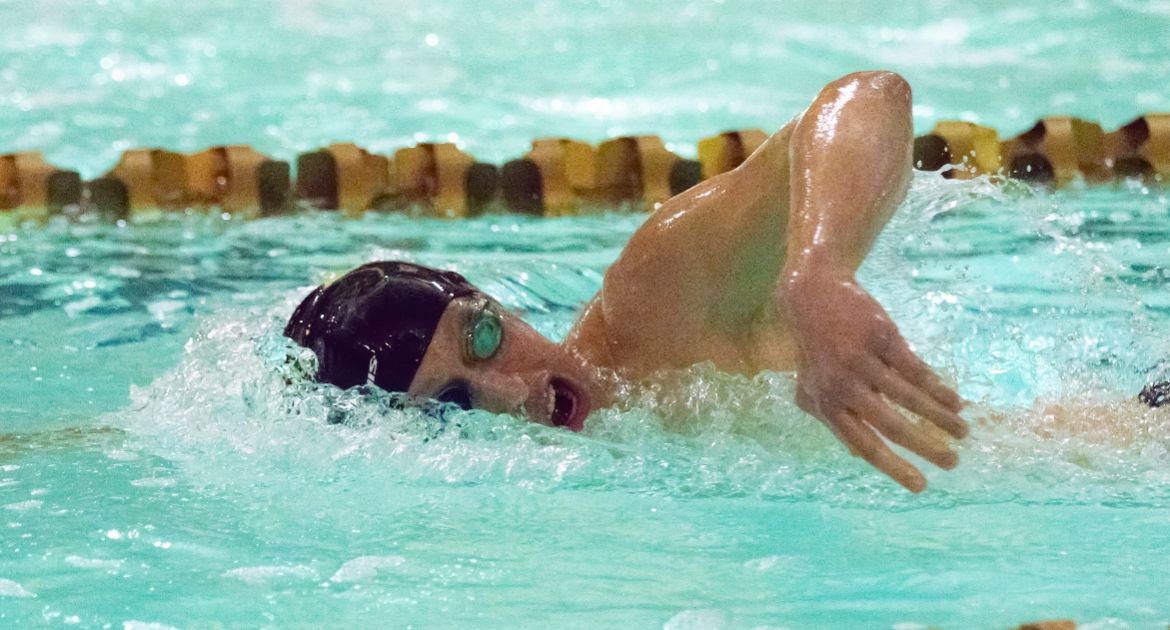 Brian Daniels won a pair of individual events on Saturday.

The Valpo men’s and women’s swimming teams hit the road to face off against Youngstown State Saturday. The men’s team earned its first win of the year as it won nine out of the 14 events, with freshman Brian Daniels (Brookfield, Wis./Brooksfield) and sophomore Derek Eidson (Ventura, Calif./Ventura) both winning two individual events.

Valpo returns home on Saturday, Nov. 16 to face off against Saginaw Valley State. The events are scheduled to begin at the ARC Pool at 2 p.m.