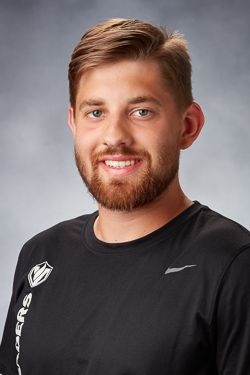 After earning his undergraduate degree in religion and business from Wabash College in 2018, the North Central High School product and Indianapolis native is pursuing a master’s degree in sports administration at Valpo.

Reifeis has planned, organized and implemented daily drills as a camp instructor at Denison, Indiana and Xavier. He was an assistant tournament director for Indianapolis Community Tennis from 2014 to 2017.

During his collegiate tennis career, Reifeis earned the Pete Vaughan Award in 2018 as the outstanding athlete of the year at Wabash College. He reached the NCAA national doubles tournament in 2018 and was his team’s MVP in 2016, 2017 and 2018. He also served as a Wabash volunteer tennis instructor from 2014 to 2018 and a Drumstick Dash volunteer in 2016 and 2017.