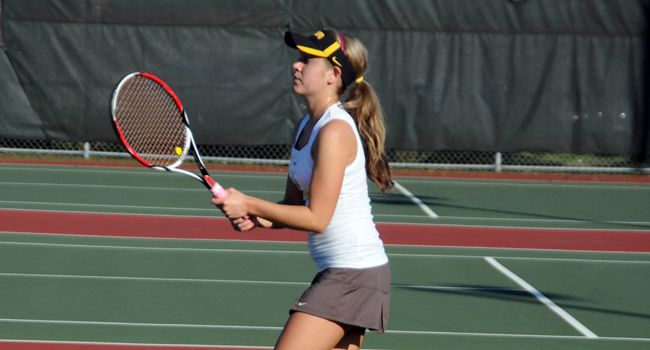 Valparaiso wrapped up its three-match road trip on Friday afternoon with a 6-1 Horizon League loss to Detroit at the Titan Tennis Complex in Detroit, Mich.

Valpo picked up a singles victory from Brittany O’Reilly (Green Bay, Wis./Southwest H.S.) at number six singles for the Crusaders’ lone point of the match.  The junior defeated Korson 6-0, 6-0 for her team-leading fifth win of the season.

Detroit (5-10, 2-3 Horizon) won each of the other five matches in straight sets, although two sets went to tie-breaks.  Halabi defeated Bartels 7-6 (2), 6-4 at number one while Karoub topped Hamel 6-1, 6-2 at the second spot.  At third singles, Strakhova was a 6-0, 6-1 winner against York while Cornwell won by the same score at number four against Fredlake.  Fernandes added a 6-4, 7-6 (3) victory over Zakiewicz at fifth singles.

Valparaiso (4-10, 0-5) will return home to the Valpo Tennis Complex on Monday morning to host South Dakota.  First serve is slated for 11 a.m.