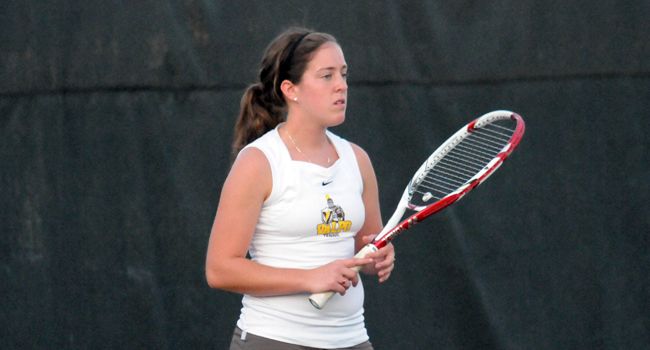 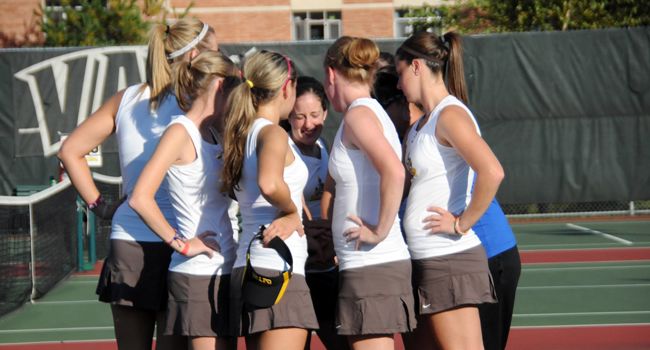 The Crusader women opened their 2014 campaign on Friday with a match on the road at Ball State. The Cardinals were able to top the Crusaders on the day, winning by a 7-0 decision.

Paige Heuer (Munster, Ind./Munster) and Megan Barthels (Grand Rapids, Mich./Catholic Central) started off the season as the No.1 doubles pairing for the Crusaders. In their first match of the season, Heuer and Barthels were unable to match the play of the Cardinal pairing of Bethany Moore and Kristel Sanders, as the pair was unable to claim a match in a 6-0 defeat. The Cardinals would go on to sweep the remaining doubles matches, as neither Crusader pairings of Angelina Goheen (Aurora, Ill./Rosary) and Michele Fredlake (South Bend, Ind./Saint Joseph’s) nor Kaitlyn Hamel (Lakewood, Colo./Green Mountain) and Morgan Paras (Indianapolis, Ind./Bishop Chatard) were able to prevail in their respective matches.

In singles play, the Crusaders would again find it difficult to overcome the play of their Cardinal opponents. In No.1 singles, Hamel would fall 6-2, 6-2 to Ball State’s Courtney Wild.  No.2 singles would match Valparaiso’s Heuer up against Ball State’s Courtney Earnest. Earnest was able to take the point in a 6-3, 6-0 decision.  Barthels, Fredlake, and Paras would also drop their matches in No.3, No.4, and No.5 singles. In the last match of the competition, Valparaiso’s Angelina Goheen nearly secured a point for the Crusaders in a hard fought matchup with Marin Kanii, but would be outlasted in a tough 7-5 first set, and eventually fall 6-3 in the second set.

The Crusader women will have little time for rest, as the team returns home for a match against Western Michigan on Saturday, January 18th. The match will be played at the Courts of NWI and will begin at 5:00 p.m. CT.