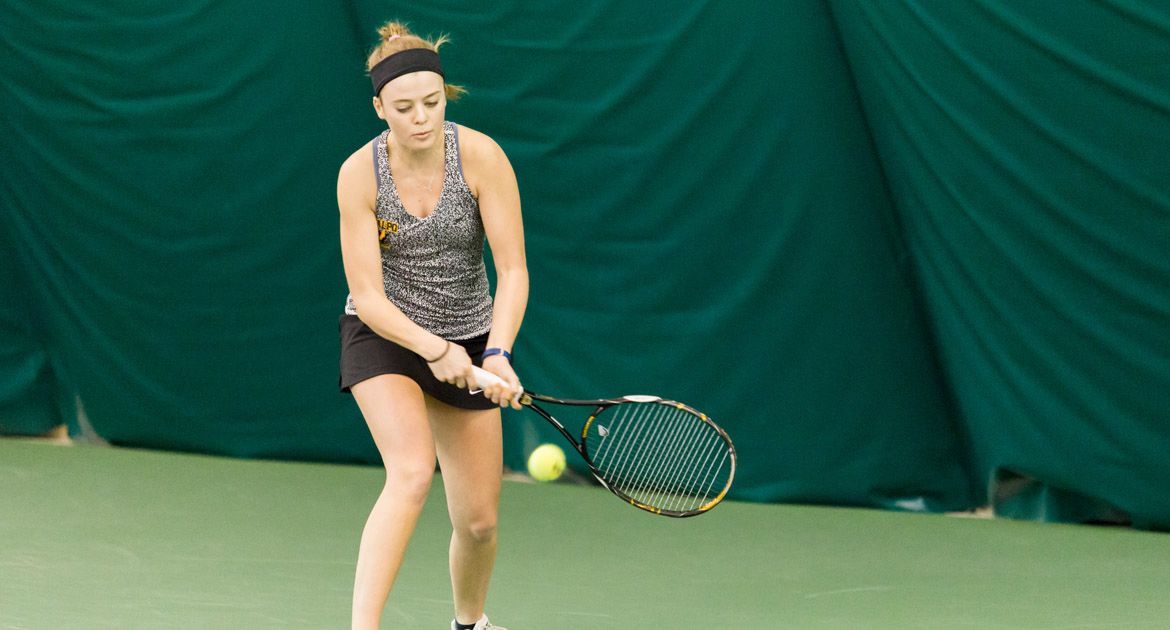 Sophomore Kathleen Hebble (Sellersburg, Ind./Silver Creek) improved to 2-1 in singles play Tuesday with a straight-set win at No. 2, but Wayne State protected its home court with an 8-1 victory in Detroit.

The Warriors got out to a 3-0 lead with a sweep in doubles play.

WSU's Alex Poissant and Andreea Mitrache doubled up Hebble and Paige Heuer (Munster, Ind./Munster), 8-4, at the No. 2 flight.

Hebble's 6-3, 6-4 triumph against Poissant at No. 2 put the Crusaders on the scoreboard.

Heuer and Piesachovitz battled to a first-set tiebreaker. Piesachovitz edged out Heuer, 7-5, in it before taking the second and decisive set, 6-3.

Julia Kamenko provided Wayne State with its seventh point at No. 5, downing Roach, 6-0, 6-1.

Astrid Ciellza and Wind rounded out singles play at No. 6. Ciellza posted a 6-3, 6-0 win to set the final score.

The Crusaders will have a quick turnaround as they prepare for the two-day UIC Invitational this weekend in Chicago. Play begins Friday morning at the Flames Outdoor Courts.