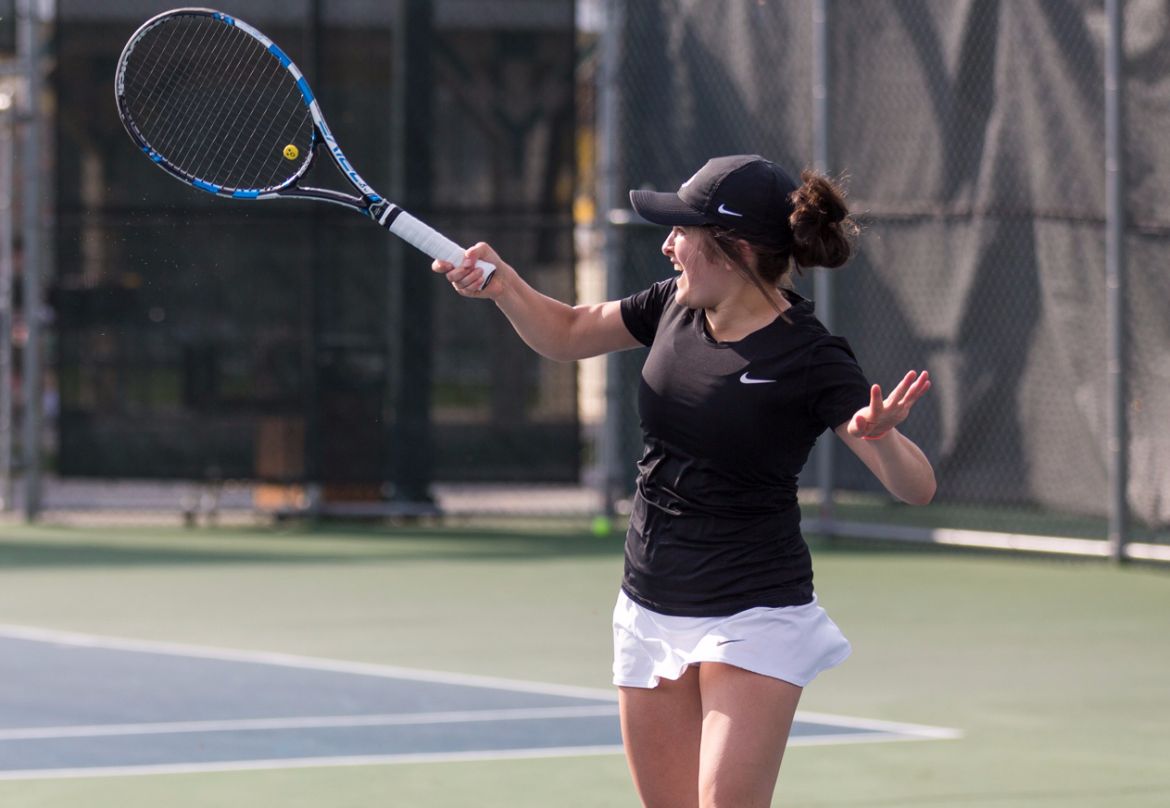 Meg Modesto picked up her second win in the last three matches on Tuesday.

The Valparaiso University women’s tennis team picked up wins at two singles spots on Tuesday at the Valpo Tennis Complex, but couldn’t corral the team triumph in a 5-2 loss to the Cougars of Chicago State. Meg Modesto (Chesterton, Ind. / Chesterton) and Randi Wind (Park Ridge, Ill. / Maine South) provided the wins for the Crusaders.

The Crusaders continue the five-match homestand as they begin the last weekend of the regular season on Saturday, April 22 against Oakland. The match is slated to begin at 2 p.m. at the Valpo Tennis Complex.