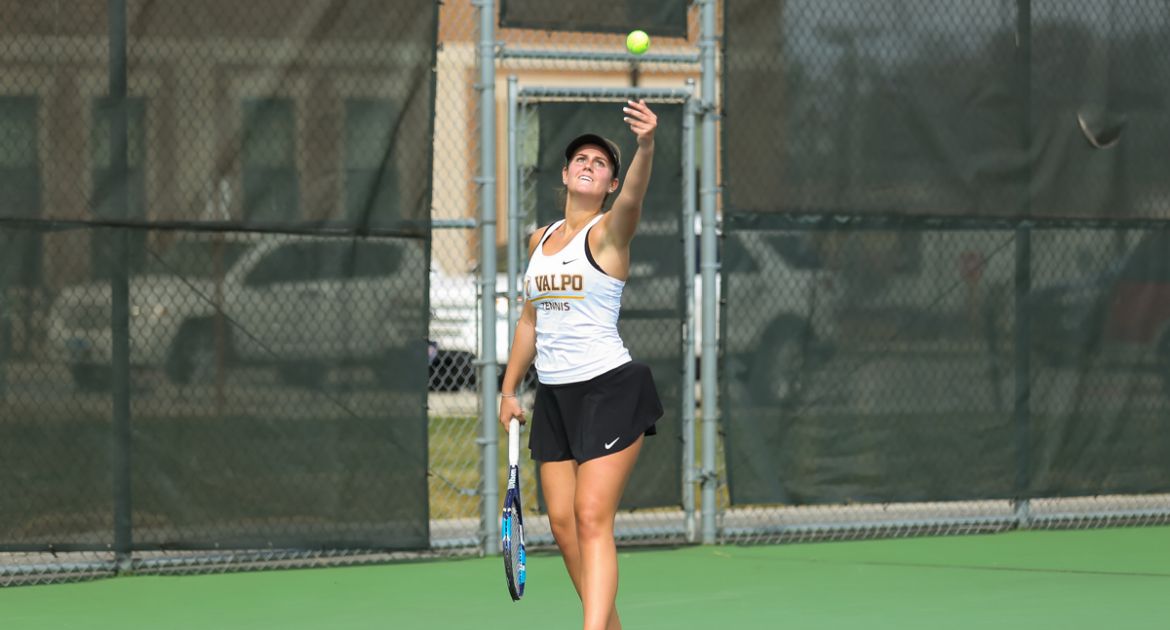 The Valparaiso University women’s tennis team bounced back from Saturday afternoon’s 7-0 defeat to Bradley to top Ohio Northern 7-2 in the squad’s second match of the day, ending a full day of action at the Valpo Tennis Complex on a high note.

How It Happened – Bradley

How It Happened – Ohio Northern

Valpo will complete a busy weekend on Sunday at 2 p.m. against Missouri Valley Conference foe Illinois State. The match is slated to take place indoors at Match Point Tennis Club in Griffith.