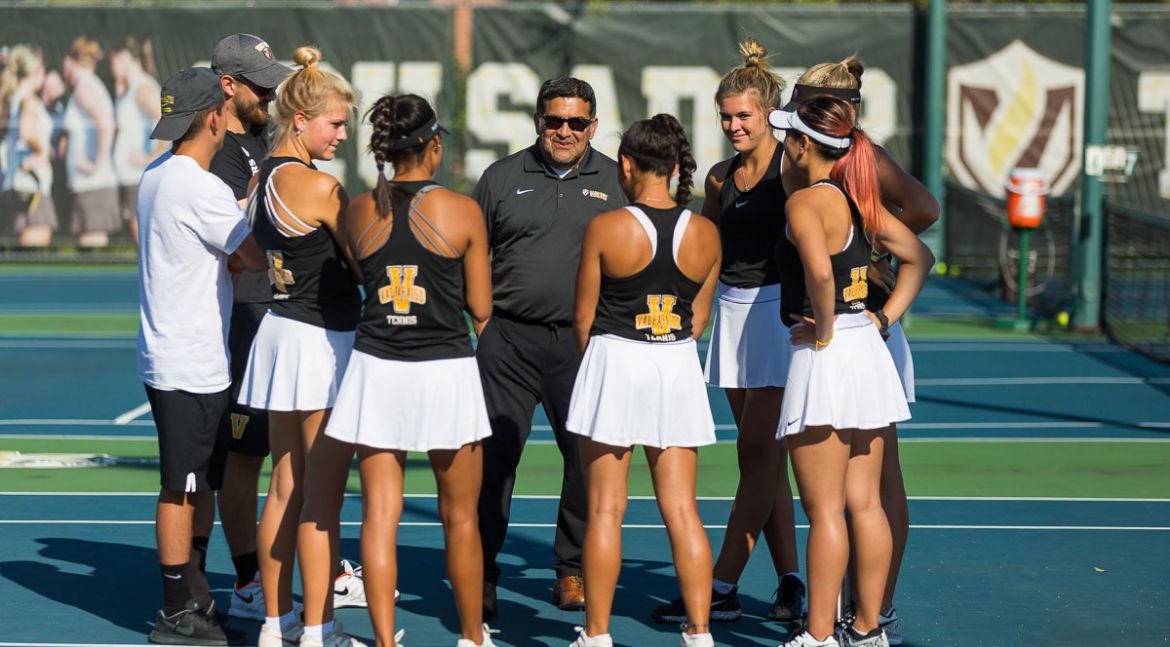 Bob Modesto made his college coaching debut on Thursday.

The Valparaiso University women’s tennis team began the season on a high note at the Valpo Tennis Complex on Thursday afternoon, cruising to a 7-0 victory over Grace College. Valpo started strong with all three doubles teams winning convincingly, setting the tone for a positive beginning to first-year head coach Bob Modesto’s tenure.

Valpo (1-0) will look to continue its hot start when the team travels to Greencastle, Ind. on Sept. 7-8 to compete in the DePauw Tournament.