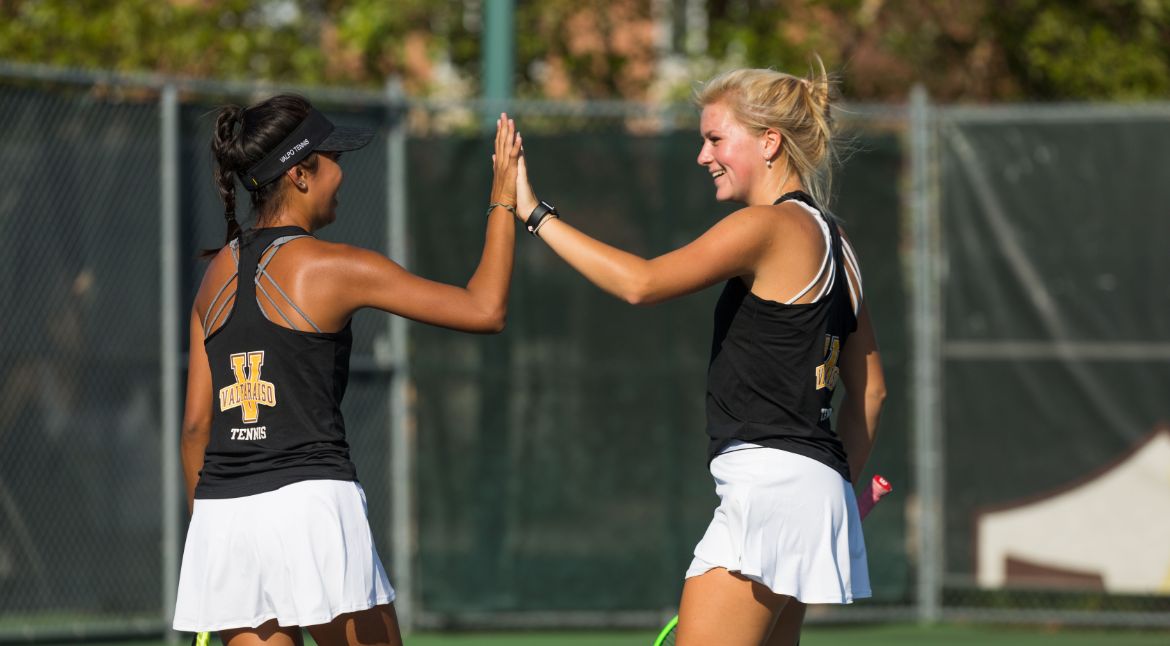 There were plenty of high fives among Valpo doubles teams on Saturday, as Valpo won eight of nine doubles matches.

The Valparaiso University women’s tennis team found great success on the doubles courts on Saturday in Chicago. The squad prevailed in eight of its nine doubles matches on the opening day of the Cougar Invitational. The tournament features a non-bracketed, hidden-duals format.

Valpo will continue the weekend in the Windy City on Sunday as the Cougar Invitational concludes.