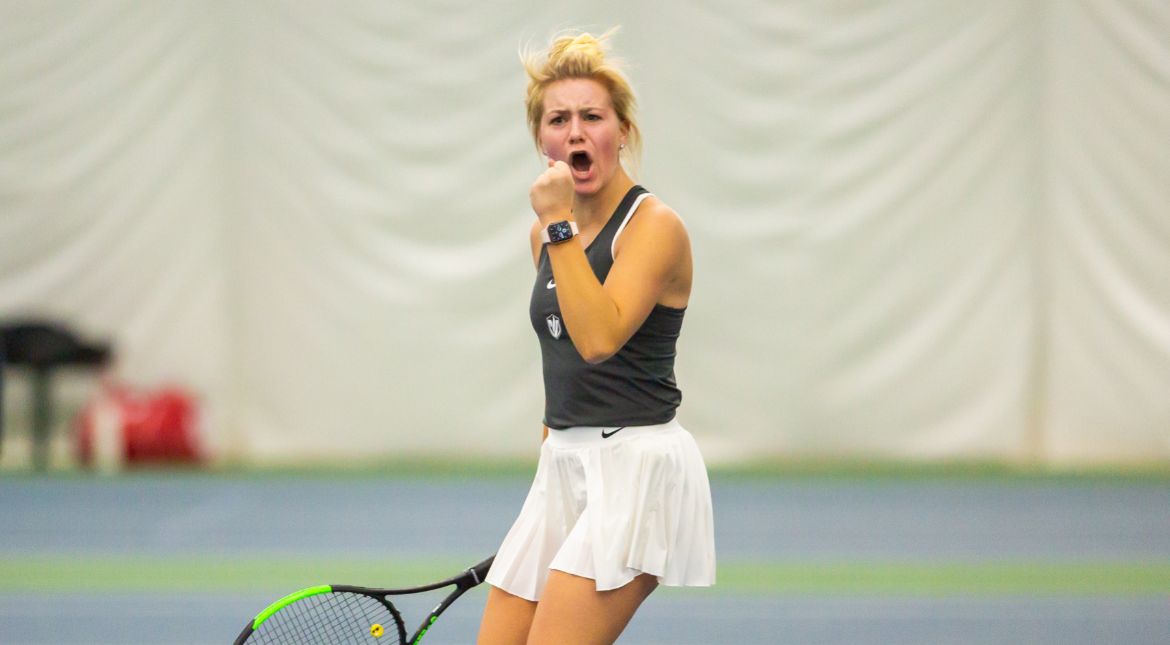 Olivia Czerwonka went a combined 4-0 in singles and doubles on Wednesday.

The Valparaiso University women’s tennis team split a pair of matches on Wednesday in Orlando, rolling to a 6-1 victory over Hampton in the morning before incurring a 4-3 setback to Grand Valley State during the evening session at the USTA National Tennis Center.

How It Happened – Hampton

How It Happened – Grand Valley State