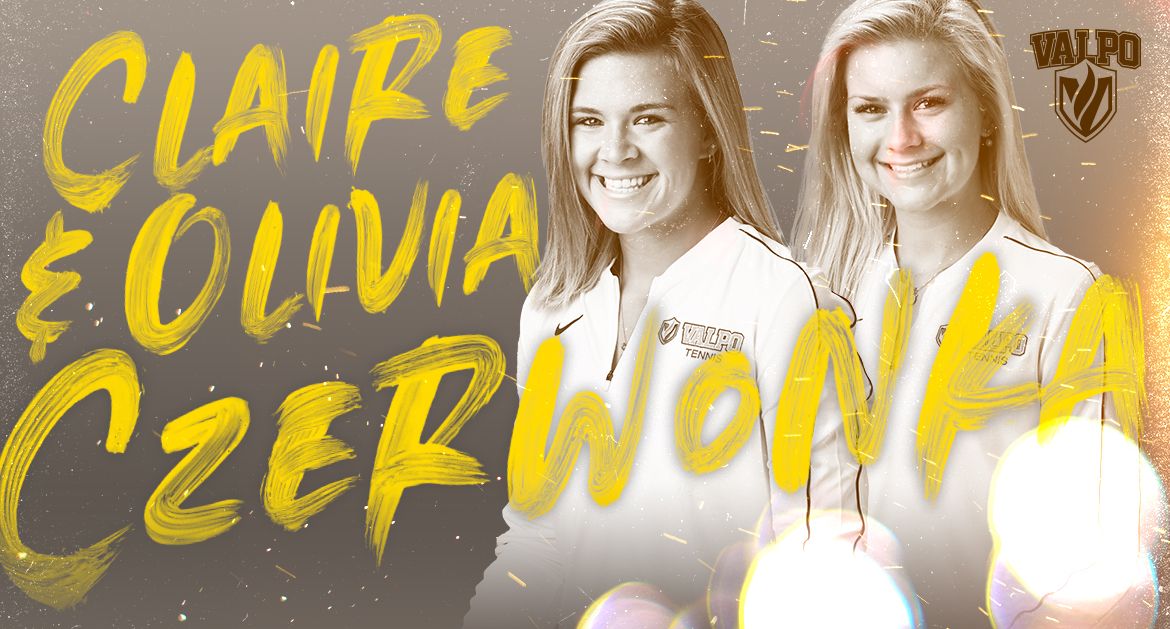 The sister doubles duo of Olivia and Claire Czerwonka (Kenosha, Wis. / Saint Joseph Catholic Academy) received recognition from the Missouri Valley Conference this week as they were named the league’s Doubles Team of the Week.

Olivia and Claire swept their No. 1 doubles matches at the USTA National Tennis Center in Orlando. They blanked Hampton's pair 6-0 on Wednesday as Valpo achieved the rare feat of sweeping the two doubles matches that were played without dropping a single game. That performance set the tone for the team's eventual 6-1 victory over Hampton despite having to forfeit at No. 6 singles and No. 3 doubles due to an injured player. The Czerwonka sisters returned to the court later that day to battle their way to a 7-5 triumph over Grand Valley State.

Claire, a junior, ranks ninth in the Valpo record book for career doubles wins with 39. Olivia, a freshman, is off to a good start to her career in the doubles department with a team-high 13 victories.

Having already equaled the program’s highest win total since the 2006-2007 season, head coach Bob Modesto’s team will return to action on Friday, March 27 at Northern Illinois in a match that is slated to begin at 7 p.m. in DeKalb. The precedes the Missouri Valley Conference opener on Saturday, April 4 at Illinois State.