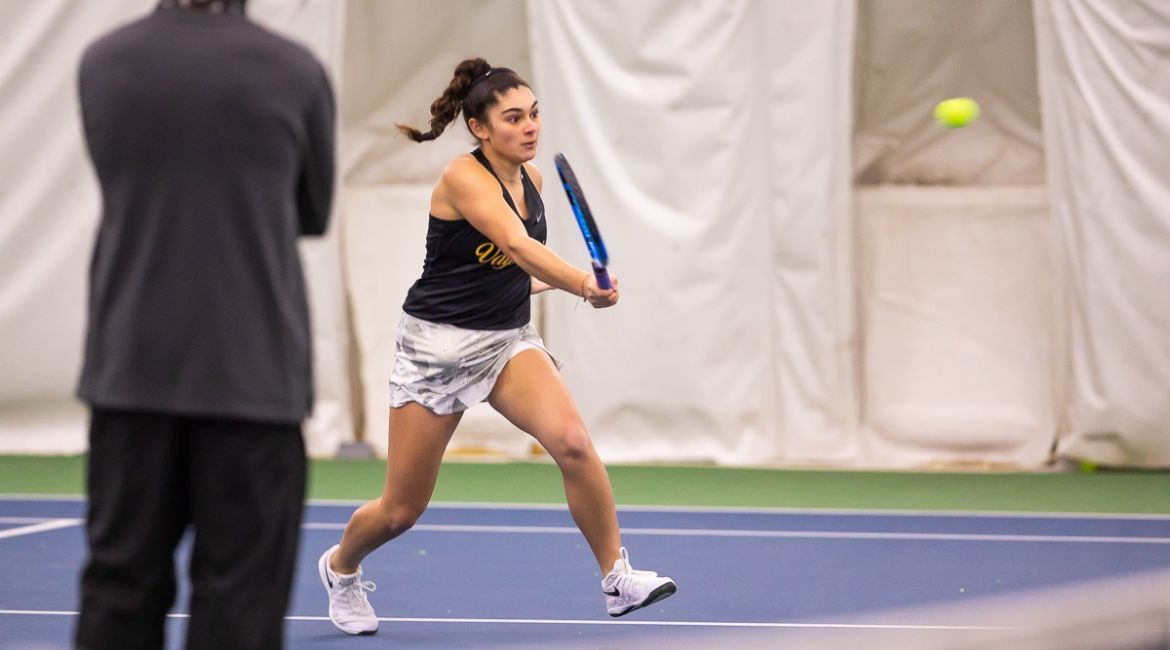 Demi Jhaveri picked up a win at No. 6 singles on Sunday.

Sophomore Demi Jhaveri (Westlake, Ohio / Westlake) provided a triumph in her sixth singles match on Sunday, serving as the highlight of a 6-1 setback to visiting Bowling Green in the final match of a busy home weekend of Valparaiso University women’s tennis action at The Courts of Northwest Indiana.

Valpo (1-6) will host another home match on Saturday, Feb. 27 at 4:30 p.m. vs. Toledo at The Courts of Northwest Indiana, the first of consecutive home dates this coming weekend to close out a stretch of eight straight at home.