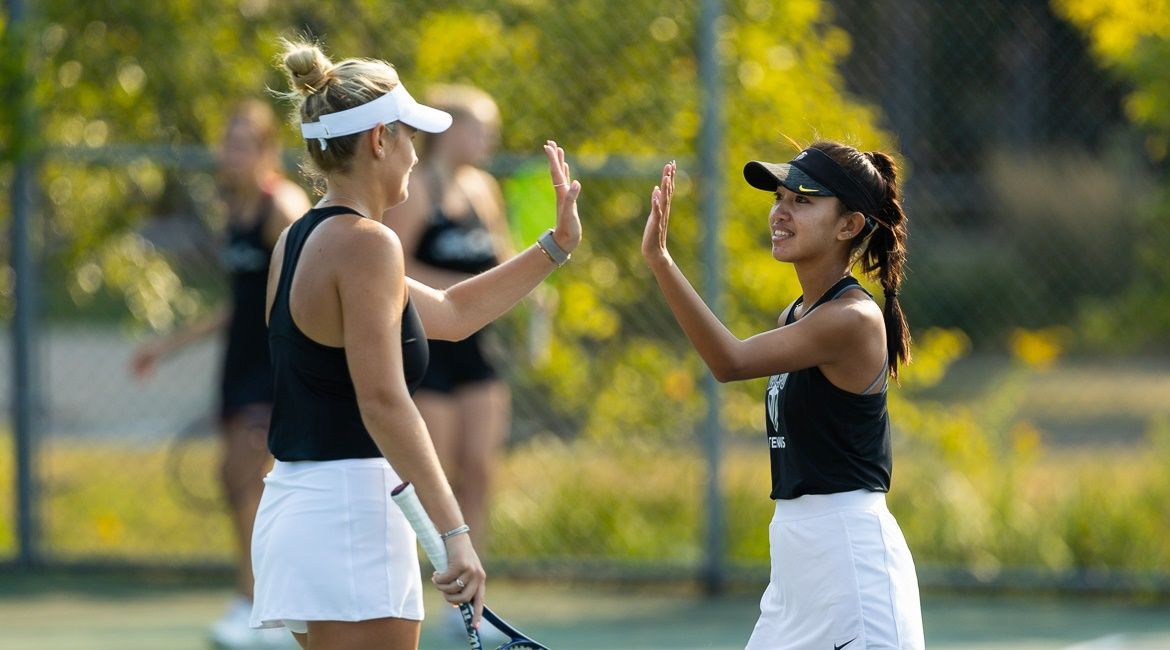 Valpo dropped just one total game in doubles on Saturday.

The Valparaiso University women’s tennis team started the season in style, topping Holy Cross (Ind.) 7-0 on a pleasant Saturday morning at the Valpo Tennis Complex. After enjoying the program’s winningest season since 2007 last spring, the Beacons started the new season on a high note by sweeping all six singles matches and three doubles matches en route to the win.

Valpo will compete in tournament play for the first time this season next week, as the three-day Redbird Invite hosted by Illinois State will commence on Friday, Sept. 17 in Normal, Ill.