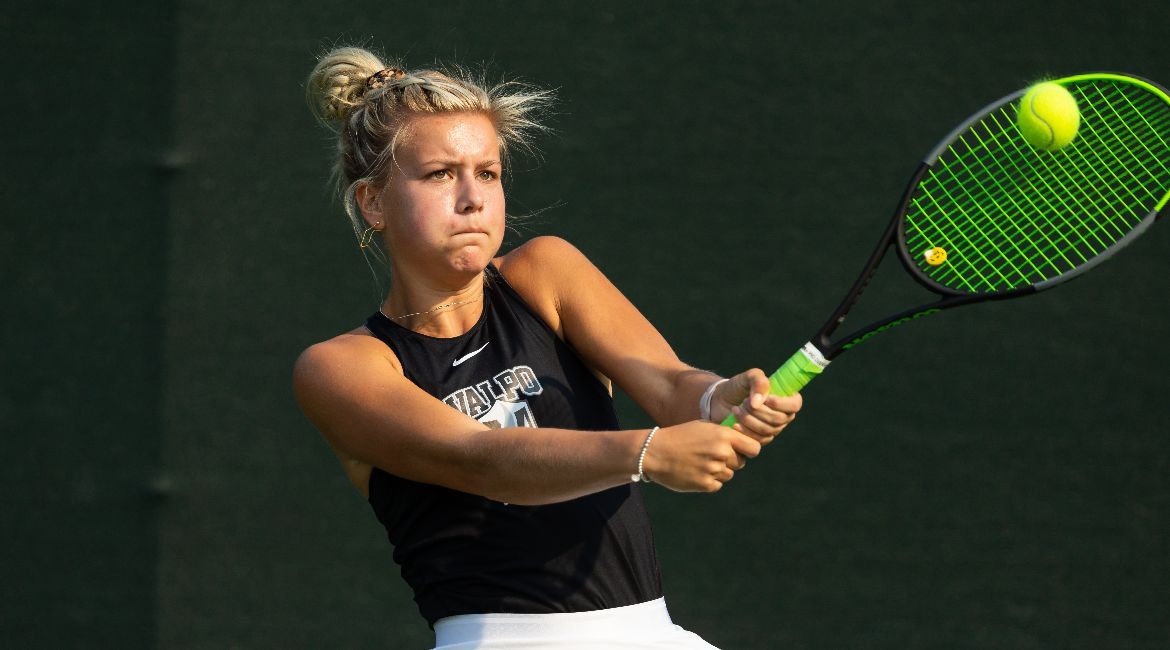 Olivia Czerwonka will play for the Flight 2 singles title on Sunday.

The Valparaiso University tennis team enjoyed a victorious Saturday at the Redbird Invitational in Normal, Ill., as the Beacons came away winners in two of their three doubles matches and four of their seven singles showdowns. In addition, a pair of Beacons will play in championship matches on Sunday.

The tournament will conclude on Sunday, Sept. 19 in Normal, Ill. Play is scheduled to begin at 9 a.m. on Sunday morning. Multiple Beacons will be in action including Bertino and Olivia competing for championships in their respective draws.