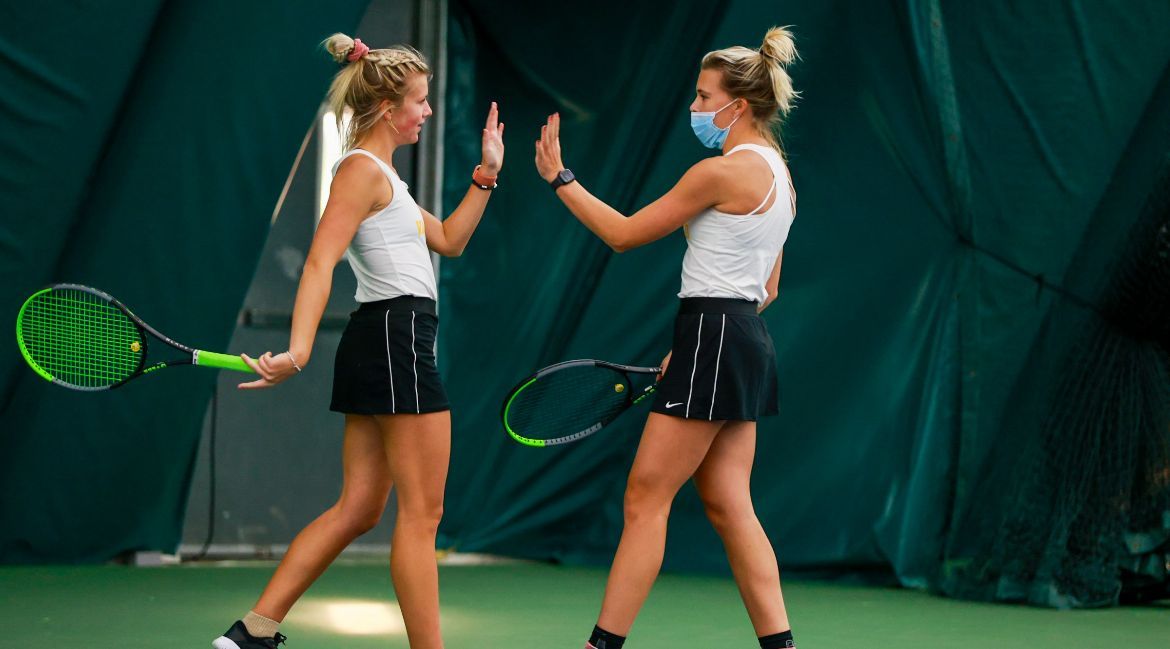 The Czerwonka sisters teamed up for a No. 1 doubles win on Saturday.

The Valparaiso University women’s tennis team opened the spring season in style by besting IUPUI 5-2 on Saturday at The Courts of Northwest Indiana. The Beacons were victorious in the top two doubles matches and on the top four singles courts.

Valpo (3-0) will continue a stretch of three straight home matches to begin the spring season on Saturday, Jan. 22 at 2 p.m. vs. SIUE at The Courts of Northwest Indiana.