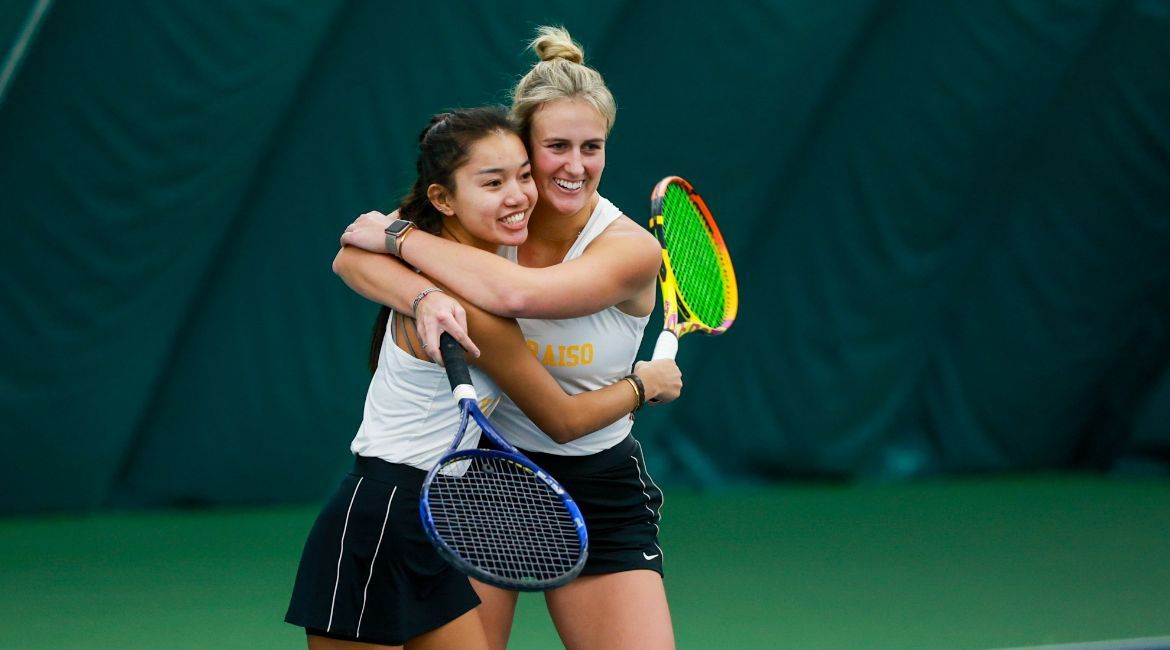 Amanda Tabanera and Isabella Schoolcraft both had 2-0 days with wins in singles and doubles on Saturday.

The Valparaiso University tennis team earned a gritty 4-3 victory over Saint Louis on Saturday at The Courts of Northwest Indiana. The Beacons prevailed at the top two doubles spots before garnering victories on three of the six singles courts to earn the dramatic triumph over their foes from the Atlantic 10 Conference. Valpo is off to its best start in the last quarter century with a 4-1 mark through five matches.

Valpo (4-1) will hit the road to take on Western Michigan on Saturday, Feb. 6 in Kalamazoo. The match is slated to start at noon Central Time.