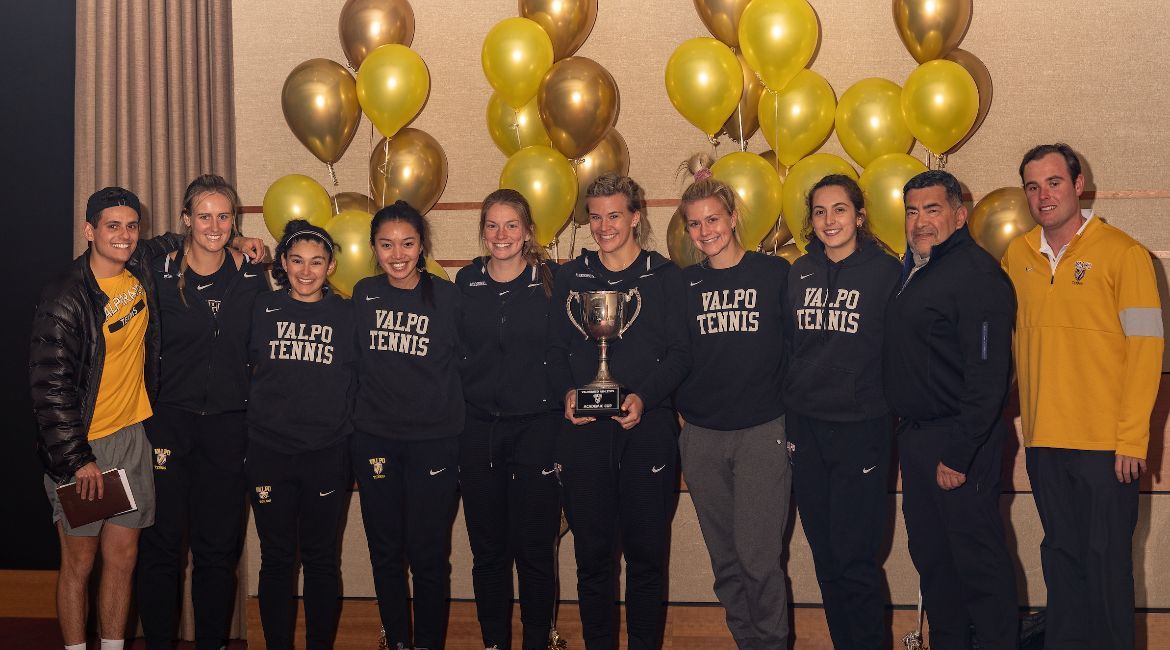 Shortly after beating Oakland, the women's tennis team was presented with the Team Academic Award on Sunday.

The Valparaiso University tennis student-athletes exemplified champions in the classroom and in competition on Sunday.

First, the Beacons rallied after dropping the doubles point to emerge victorious for the second straight day, edging Oakland 5-2 in a thrilling nonconference finale at The Courts of Northwest Indiana. Just minutes after the victory concluded, the team arrived back on campus for the department’s annual Presidential Academic Honors Banquet to receive the Team Academic Award from President José Padilla for posting the department’s highest team grade point average.

(Editor’s Note: The remaining academic honors that were announced at Sunday’s banquet will be distributed via press release and published on ValpoAthletics.com on Monday.)

The Beacons (8-8) will open Missouri Valley Conference play on Saturday vs. Drake at The Courts of Northwest Indiana. The match will begin at 3 p.m. Both of next weekend’s matches have been moved indoors due to the weather forecast. The Sunday match against UNI will be Senior Day and will begin at 8:30 a.m. at The Courts of NWI.