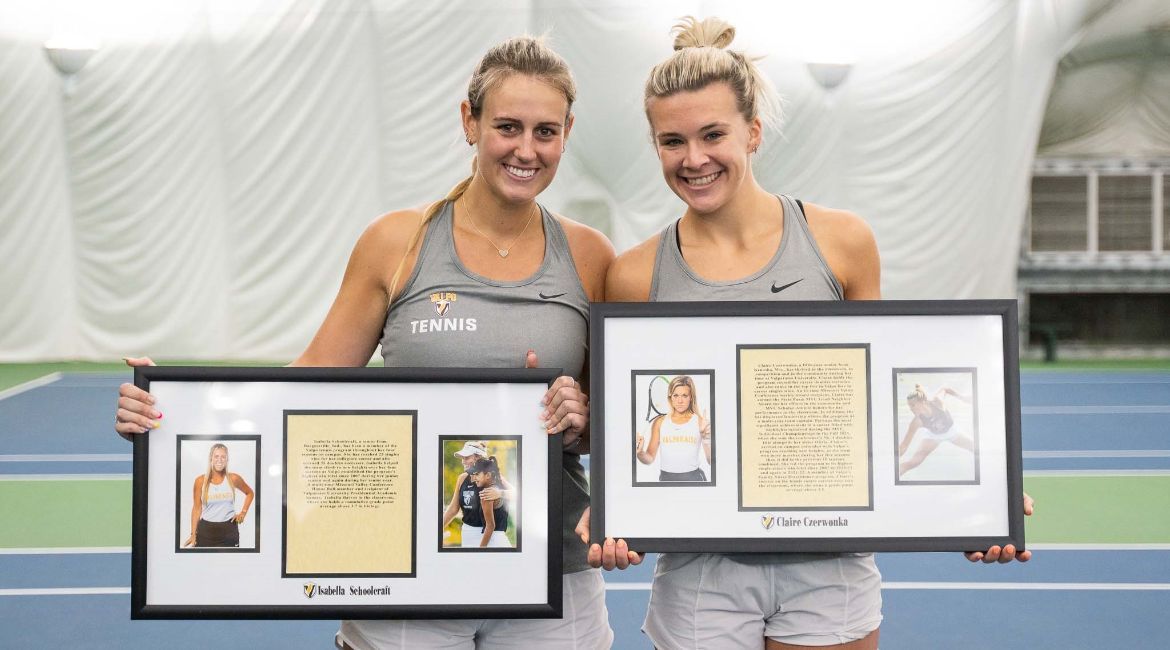 The esteemed Valparaiso University tennis careers of Claire Czerwonka (Kenosha, Wis. / Saint Joseph Catholic Academy) and Isabella Schoolcraft (Bargersville, Ind. / Center Grove) were celebrated on Sunday morning prior to the home finale against UNI at The Courts of Northwest Indiana. And when the match came to a close, there was reason for further celebration as the Beacons dispatched visiting UNI 7-0 by winning all six singles matches plus the doubles point.

The Beacons (9-9, 1-1 MVC) will finish the regular season with three straight road matches, starting on Saturday, April 9 at Missouri State at 1 p.m.