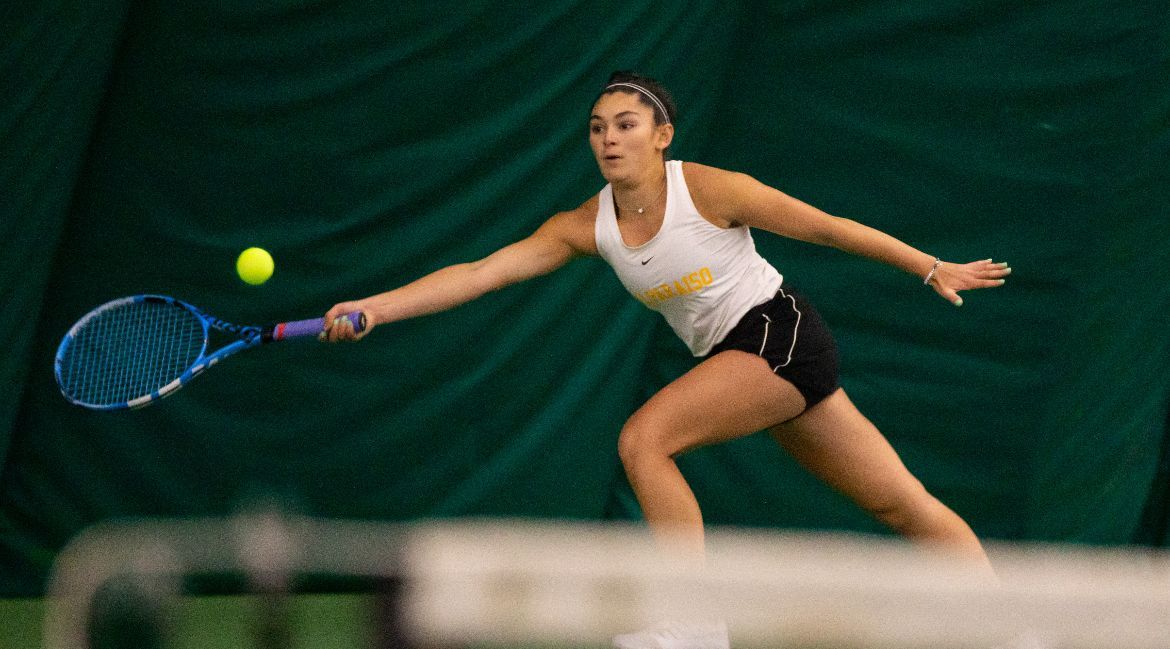 Demi Jhaveri won in both singles and doubles on Friday.

The Valparaiso University tennis team will play for a spot in the Missouri Valley Conference title match on Saturday.

The Beacons checked off another goal during a season filled with achievements that exemplify the program’s progress, besting Stony Brook 4-1 in the opening round of the Missouri Valley Conference Tournament on Friday morning in Des Moines, Iowa. This marks the program’s first league tournament victory since 2006.

The Beacons (11-11) advance to face top-seeded, host Drake on Saturday at 10 a.m. for a spot in Sunday’s Missouri Valley Conference title match. A link to live scoring is available on ValpoAthletics.com.