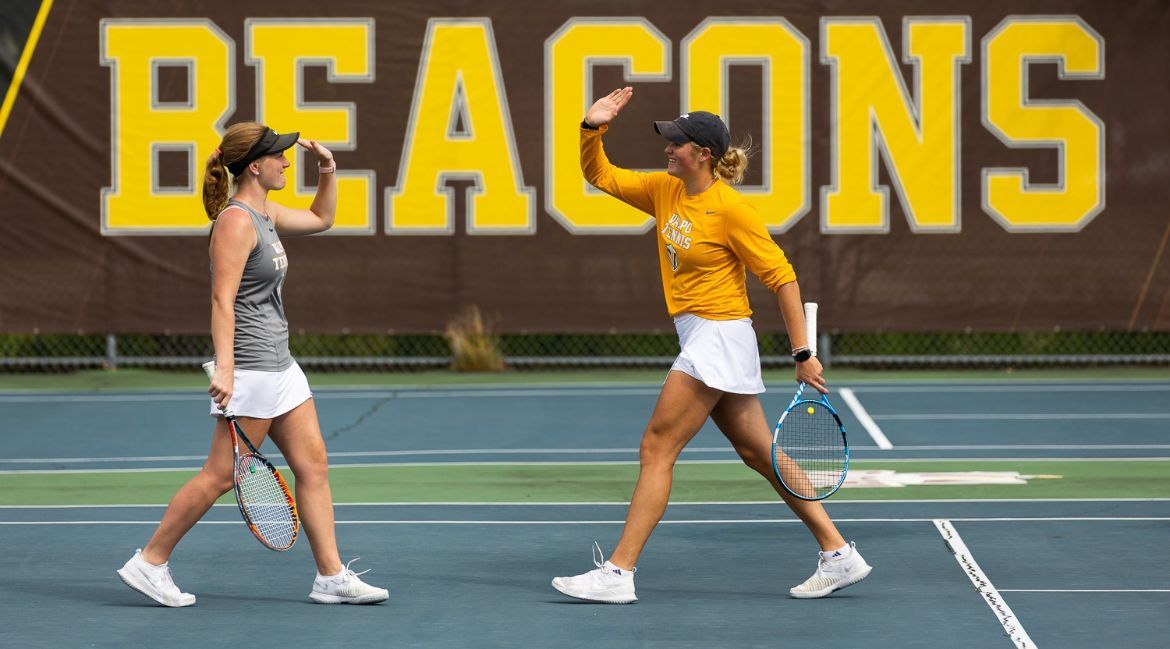 The Valparaiso University tennis team picked up right where it left off after a successful 2021-2022 season by beginning the 2022-2023 campaign with a pair of victories on Saturday at the Valpo Tennis Complex. The Beacons started the day with a 7-0 victory over Holy Cross during the morning match before dispatching Olivet Nazarene 6-0 in the afternoon.

How It Happened -Holy Cross (Ind.)

How It Happened – Olivet Nazarene

The Beacons will return to competition on Saturday, Sept. 10 against Grinnell College, closing out a string of three straight home matches to open the fall with a 3 p.m. first serve at the Valpo Tennis Complex.