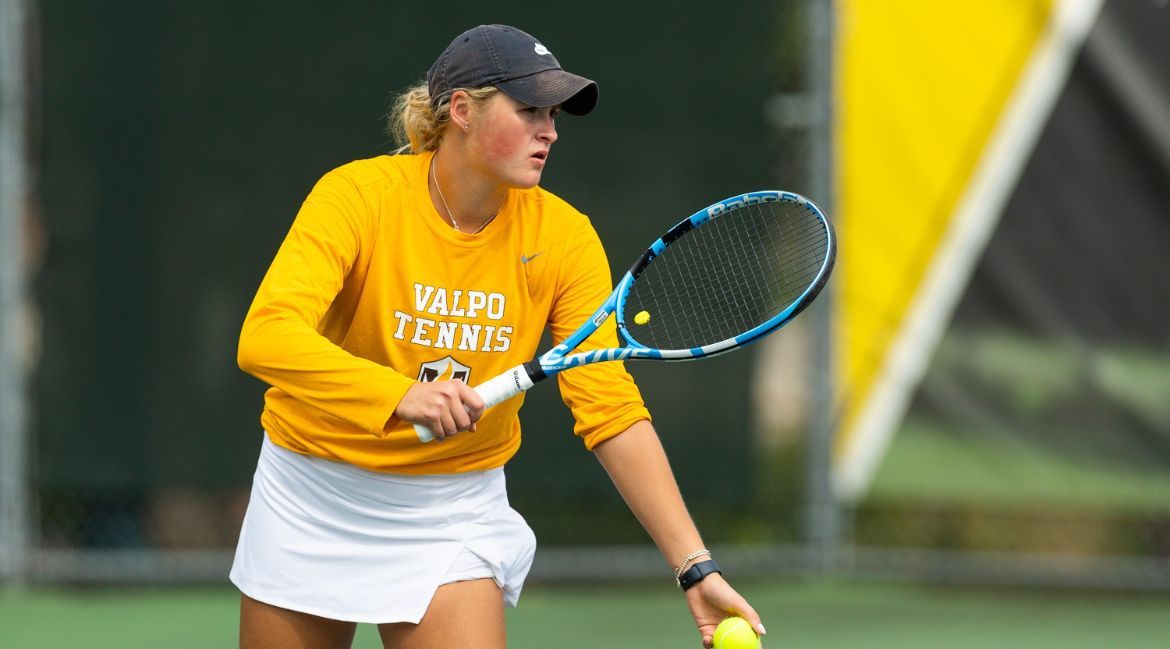 Elizabeth Sobieski teamed up with Demi Jhaveri for a doubles win against a Big Ten opponent on Friday.