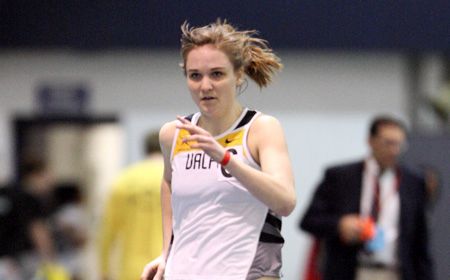 Ballun earned her first career Academic All-League nod after pacing the Crusaders indoors in both the 400m and 600m dashes, setting new PRs in both events over the course of the season.  The senior was also part of Valpo’s fastest 4x400m and distance medley relay squads.  Ballun, who owns a 3.474 cumulative GPA as a mechanical engineering major, has been named to the Horizon League Academic Honor Roll each semester eligible and has been named to the Dean’s List and earned Presidential academic honors during her time at Valpo.

Bowman earned her first career Academic All-League honor as well from the league office after leading the Crusaders during the indoor campaign with PRs in both the 3,000m and 5,000m runs.  The fifth-year senior ranked among the top-15 in the Horizon League in both events and finished 13th at the HL Indoor Championships in the 5K.  In the classroom, Bowman carries a 3.925 GPA in Valpo’s education master’s program and has earned a spot on the HL Academic Honor Roll each semester each of the last two semesters.

The 18-member Horizon League Academic All-League team in women’s indoor track and field was voted upon by the league’s faculty athletics representatives and sports information directors.  To be eligible for Academic All-Horizon League consideration, student-athletes must have a cumulative grade point average of 3.20 or higher and competed at least one year at the member institution.