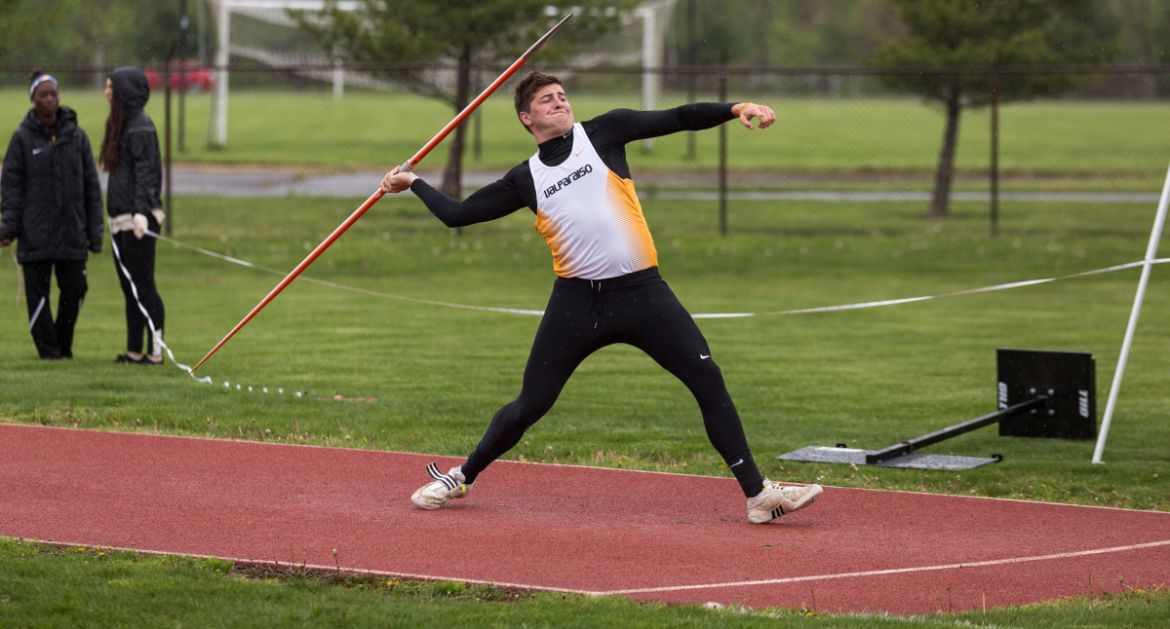 On a cold, rainy and windy day, the Valparaiso University men’s and women’s track and field teams hosted their fourth home meet in school history at the Warren G. Hoger Track. The men ended up with 180 points, receiving their first team victory this season. The women finished in second with 107 total points.

The Crusaders enter the postseason and begin competition at Youngstown State University with the Horizon League Outdoor Championships. The three-day meet begins on Friday, May 5 and will be on the track surrounding Farmers National Bank Field.