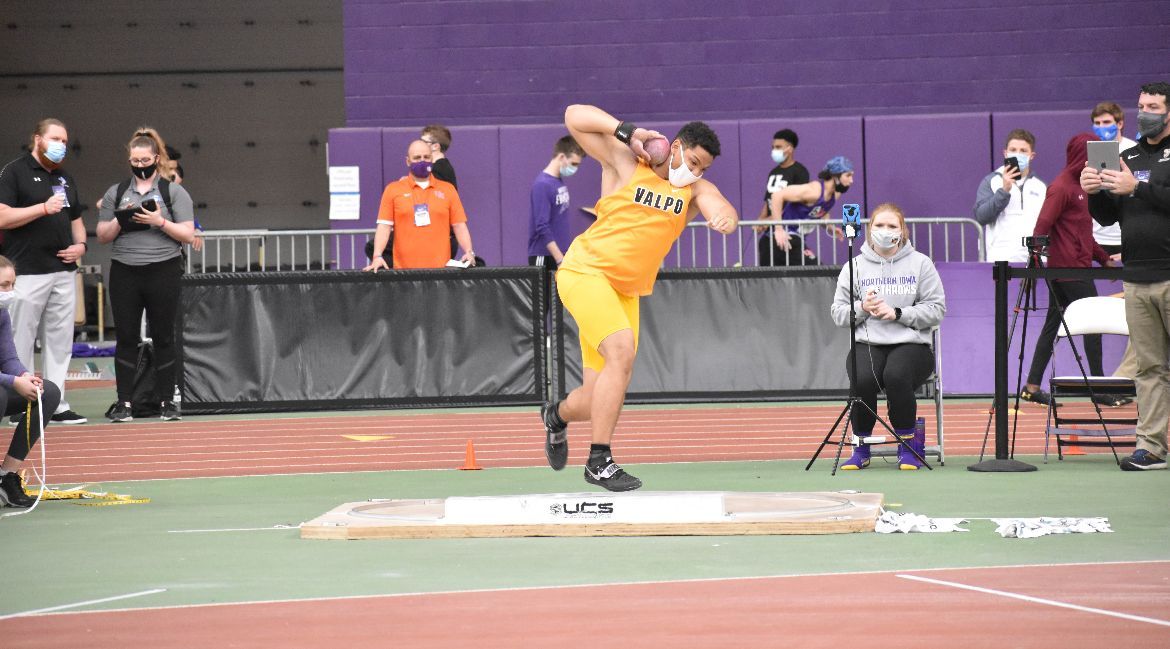 Jeremiah Johnson had a pair of PRs on Saturday.

The Valparaiso University track & field team wrapped up a busy weekend on Saturday with several athletes competing at Notre Dame’s Meyo Invitational, while the bulk of the team made its way to Chicago for the University of Chicago’s Windy City Rumble. The team continued to progress in the right direction as the conference championship draws closer, as numerous Beacons bettered their personal records this weekend.

How It Happened – Windy City Rumble

How It Happened – Meyo Invitational

“We saw big performances on the track from the distance group. Several of the athletes dropped big PRs. Will Rinker opened his season with a solid performance in weight throw. Jeremiah Johnson had big PRs in both events. He’s a super hard worker and has been getting after it every week.  It’s great to see his work paying off. Nehemiah Ray continues to show he’s got real speed in the sprints. The distance crew is peaking when it counts. Evan Walda had a solid win in the mile, and it was good to see Nate Izewski and Brady Southern with PRs. Those guys are all working hard to be their very best and leave a mark on the program.”

“Maranda Donahue had a solid showing in the mile, and Ellie and Kaitlynn had solid PRs in the 3,000. Michelle bounced back after last night at Notre Dame to have the second-best throw of her weight throw career. Gerhardt PR’d again in weight throw and Luebbering cracked 14m for the first time in the weight throw. This is what we’re looking to see only a few short weeks before conference.”

After a weekend off, the Beacons will be back at it on Saturday, Feb. 19 at the ISU Open hosted by Indiana State in Terre Haute, Ind.