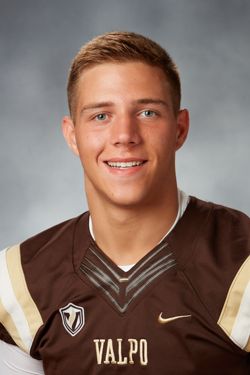 Spring 2021: Named to the All-PFL First Team… Earned the team’s Defensive Player of the Year Award… Finished as the team leader with 42 tackles (22 solos) while starting all six games… Ranked seventh in the PFL at 7.0 tackles per game… Ranked 15th in the league with 0.33 sacks per game and tied for second with 0.33 forced fumbles per game… Had a pair of sacks, three tackles for loss, two pass breakups, one QB hurry and two forced fumbles during the season… Accumulated eight tackles in the season opener at Butler, his third collegiate game with eight or more stops… Named the team’s Defensive Player of the Week for his March 20 performance vs. Drake, when he registered six tackles, 0.5 tackles for loss and a QB hurry… Tied for the team lead in tackles on March 27 vs. Butler with nine including six solo stops and one sack… Had a team-high nine tackles on April 10 at Morehead State… Had five or more tackles in all six games… Bookended the season with forced fumbles, notching one in the March 13 opener at Butler and one in the April 17 finale vs. San Diego… Member of PFL Academic Honor Roll.