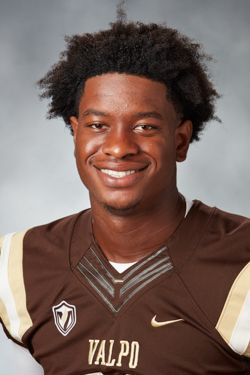 Prep: Was a two-way standout at Brockwood, playing running back and defensive back…. Ran track for three years in high school and was recruited to run in college, but wanted to focus on football… Ran the 100-meter hurdles.

Personal: Is the son of Immacula Salomon… Has two sisters, Phylicia and Marie Salomon… Is pursuing a master’s in business administration… Born on Oct. 2… Started playing football when he was 10 years old… Is active in his hometown church community (Life Changers in Duluth, Ga.)… Has given back to the homeless and others on multiple occasions… Hobbies include writing and making music, playing video games, giving back to others to make a change, meeting new people and trying new things… Wants to open up his own sports branding company and give 15 percent of the profits back to the community… Likes to write music… Did a commercial for West Liberty’s entrepreneurship program.