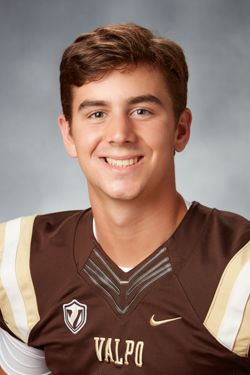 Spring 2021: Started the first five games of the season for the Brown & Gold… Earned the team’s Offensive Player of the Week honor after his March 20 performance vs. Drake, when he established career highs in both receptions (8) and receiving yards (86)… Totaled 13 receptions for 129 yards and accrued 201 all-purpose yards including 68 on his four kickoff returns… Member of the PFL Academic Honor Roll… Earned Valparaiso University Presidential Academic Honors.