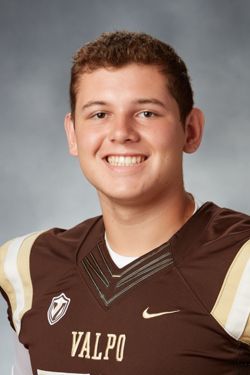 2019: Did not see game action in his first season on campus… Retained four years of eligibility.… Member of PFL Honor Roll.

Prep: Was a first-team all-conference and all-selection performer in 2018 while earning Buchanan High School Defensive Player of the Year honors… Selected to the 2019 City/County and Rotary North/South All-Star games… Picked for the 2018 SportzFarm All-American Showcase… Played in the 2017 USA Football development game… Was a three-year varsity starter on the defensive line… Had 85 solo tackles, 131 assisted tackles, 16.5 sacks, four pass deflections and one blocked punt in his prep career… Helped his team compile a record of 27-11 during his tenure… Was on his school’s high honor roll for four consecutive years and became a member of the California Scholastic Federation… Played on the varsity football team as a 14-year-old sophomore, becoming the youngest varsity football player in Buchanan High School history.

Personal: Birthday is Oct. 23… Majoring in criminology… Son of Chris and Melissa Bibler… Has two siblings – sister Gianna and brother Aiden… Volunteered at the Children’s Hospital of Central Valley for three years while in high school… Hobbies include weight lifting, traveling and anything on the beach.